Turkey is a destination with an incredible history. From Alexander the Great to the Romans, the Byzantine period to the Ottoman Empire, Turkey has consistently been at the forefront of defining periods of the human past. A trip to the Aegean Coast, where there is evidence covering 4000 years of civilisation, puts travellers in a historical treasure trove that is truly a joy to explore. Read on to discover how the ancient relics of the past can contribute to an unforgettable trip for the travellers of today, and of course learn more about the wonderful resorts you’ll find on the way.

As with so many popular cities, Bodrum’s start in life can be described as humble. Once a small fishing village, Bodrum’s fortunes began to turn after the writer Cevat Şakir Kabaağaçlı was sentenced to three years’ exile in the town in 1925. Cevat became enamoured with the town and settled there for the next 25 years while helping turn Turkish writers and artists on to Bodrum’s beauty. A creative, slightly bohemian edge still be felt throughout the city today, no doubt due in large part to Cevat’s 25 year love affair with the area.

Like most places in Turkey, Bodrum’s wider history goes back much further than 1925 and into the distant past. The city was initially founded as Halicarnassus by the ancient Greeks and nowadays it’s still possible to visit the site of the impressive Halicarnassus amphitheatre. Another favourite sight here is Bodrum Castle which was built in 1402 and has been excellently preserved for modern day explorers to discover. 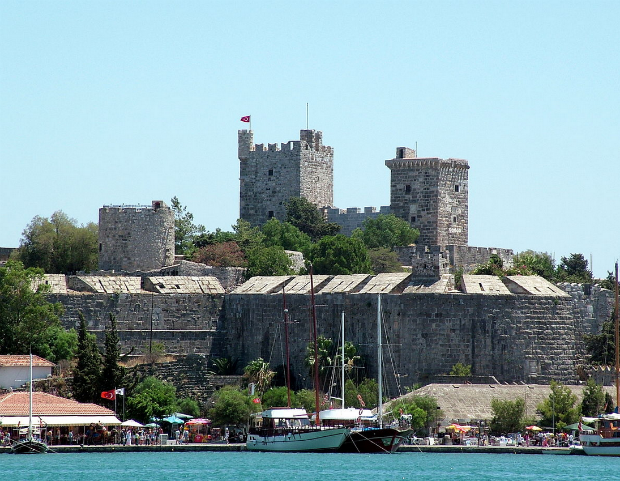 The impressive Bodrum Castle as seen from the water

To be within easy reach of everything Bodrum has to offer, a stay at the Kempinski Hotel Barbaros Bay is highly recommended. This stunning hotel is perched upon the cliffs overlooking the sparkling blue waters of the Mediterranean Sea. The hotel stays true to the antiquity of its nearby surroundings with nods to traditional Turkish architecture that are seamlessly accompanied by the modern design found in the interiors of the rooms and suites.

Not far from Bodrum is the city of Marmaris. The city has in the past been unfairly given a reputation as a party town with not much else to offer, however this is far from the truth. Those who delve beneath the surface of the city will soon find an enthralling collection of historic sites that are well worth a visit during your holiday to Turkey.

Like Bodrum, Marmaris’ historical centrepiece is its impressive castle. Records claim that there has been a castle on the site since 3000BC and has been present through some of the region’s most turbulent times; for instance Alexander the Great besieged it in 334BC forcing all those within the walls to flee their homes for the surrounding hills. Marmaris Castle was also used as a base for the Ottoman Navy during Saleiman the Magnificent’s ultimately successful Conquest of Rhodes which saw the Eastern Mediterranean fall under his control. 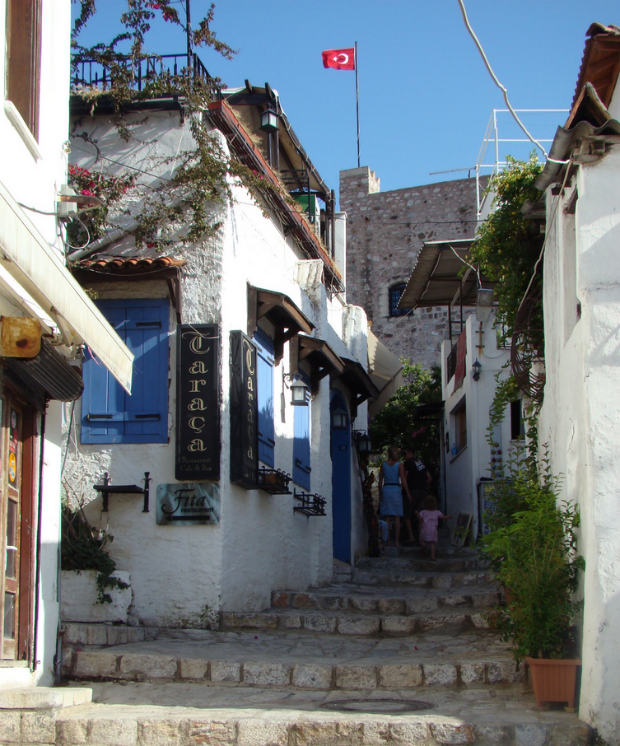 In the shadow of the castle’s walls you’ll find charming side streets to explore.

A day trip to this fascinating city can easily be taken from Jumeirah Bodrum Palace. Guests staying here are lavished with the very finest service as well as a host of world class amenities set amongst grandiose furnishing and regal architecture that can be enjoyed alongside uninterrupted views of the sea. The hotel really sets itself apart from the competition via its amazing dining options. Al Nafoorah for example serves expertly prepared Lebanese mezzeh and shawarmas while for hearty Italian favourites, a trip to Fortunella is an absolute must.

Only a couple of hours’ drive from Bodrum, the ancient city of Ephesus is well worth the journey. Widely considered to be the best preserved classical city in the region, Ephesus was built in the tenth century BC and later flourished when it came to be ruled by the Roman Republic in 129BC.

When you visit Ephesus, be sure to check out the Library of Celsus. The facade of this ancient building has been lovingly restored using the original pieces of stone. The library gets its name from Tiberius Julius Celsus Polemaeanus, a governor of Roman Asia, who paid for the building using his own wealth and is buried in a sarcophagus beneath. Amongst plenty of other sites, a single column from the Temple of Artemis, one of the Seven Wonders of the Ancient World, can also be seen. 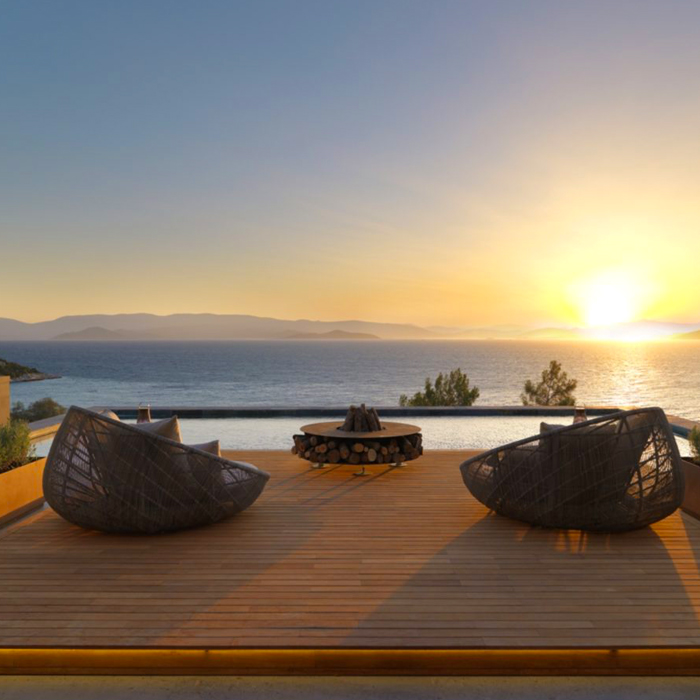 Make your holiday to the Aegean Coast unforgettable at Mandarin Oriental Bodrum.

For opulence that rivals that of Ephesus at its prime, why not stay in the Mandarin Oriental Bodrum? Each of the 59 guest rooms here radiate with a sense of unadulterated elegance and are bestowed with contemporary Turkish touches that will add an extra layer of luxury to your stay.