Apocalypse? Not now baby, I’ve got a headache… Who’s got time for the apocalypse anyway? I mean we are busy right? Sure, a fatalistic looking forward to the end of it all holds a certain appeal, but not right now, we’ve just got too much on. Still it doesn’t seem to stop us, we love distraction, we lap it up in fact. Most of us are keen as the next person to chuck a fist-full of cash at those card-carrying cranks, fortune-tellers and fools who’ll tell us what we want to hear, as long as the price is right.

You see the thing is people are weak. We’re all basically big kids in grown-up bodies, yearning for meaning, looking to some pathetic paternalistic hope that someone, somewhere is in charge of this car-crash we call history. We’re weaned on a bedtime storybook view of the world, where everything has a neat little beginning, a action-packed middle and of course a climatic end. Here everything moves inexorably and dependably in one direction, towards the inevitable conclusion – doom.

The thing is, we want drama, we want suspense, we love a good cliff-hanger, but we also can’t resist flicking forward, taking a sneaky peek at the last page to find out what happens. So what do we do? We spice up our lives by buying into nutty mythologies and pseudo-scientific junk theories or alternatively, by laughing at those that do. This is because, hey, that makes us feel big and clever too, because just like them, we like to feel that we know the ending, the ‘secret’ and those idiots over there got it wrong. So let’s do just that: the apocalypses that never showed up – here’s a few favourites. 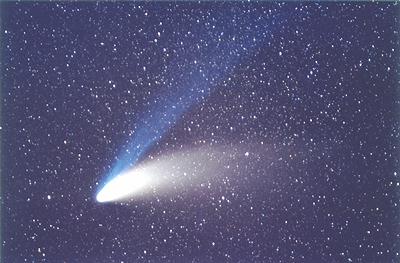 Wait around for ages for a good apocalypse and then a load show up all at once. This is a bit like how it felt as maniacal millennialism seemed to grip a majority of the moronic masses when it was revealed that, shock, the calendar was about to have some extra zeros on it.

For several years around the turn of the millennium it seemed a whole glut of apocalyptic doomsday scenarios were one by one wriggling out of the woodwork. One of the more extreme was the 1997, er, mishap, that saw 39 members of wacky, 8-bit cybersect ‘Heaven’s Gate’ ingest a wholesome brunch of pudding, applesauce, vodka and cyanide in order to “evacuate the earth”. This sci-fi cult used the early internet to disseminate their message, mixing Star Trek with the Book of Revelation, all thrown together with a liberal sprinkling of good old fashioned insanity. They were convinced that in March ’97, when the comet Hale-Bopp was burning brightly overhead, that a spaceship full of “ancient astronauts” would carry away the “Children of the Next Level” whilst the earth would be “recycled.”

When cock-eyed amateur astronomer Chuck Shramek made a calamitous cock-up in his calculations he decided to call in his “discovery” to a radio talk show. Chuck mistakenly thought he’d seen a companion object following the comet Hale-Bopp and couldn’t wait to tell the world. This over-enthusiastic disclosure lead members of the crackpot cult to a commonsensical conclusion: the object was clearly a spacecraft coming to pick them up and heralding the end of the world into the bargain.

They thought they were members of the “Evolutionary Kingdom Level Above Human”, in fact they did evolution a favour, carrying their crazy beliefs into extinction.

Keep Calm and Apothecary On

Another, shall we say, cult classic of the “end of the world” world is the perennially popular 16th Century French mystic drug-dealer Michel de Nostrdame, better known to you and I by his stage-name Nostradamus. He was an apothecary, a pharmacist; essentially he was a pusher. Somehow however, the frankly demented rantings of this guy, who one might s of sampling his own merchandise, were taken by many as cast iron certainties.

In the years approaching the millennium, despite the fact that his texts had been gleefully and vaguely forecasting historical events for four centuries, suddenly Nostradamus Inc. went into overdrive. The pre-millennial apocalypse industry lapped up his hazy mutterings concerning a “great King of Terror” descending from the sky in July 1999 with a host of books, TV shows, films and other fluff keen to cash in on his famous name.

His cultural cache might have faded somewhat in the years following the turn of the millennium, but for some the draw remains strong (maybe too strong…). The loosely named ‘History Channel’ even began running a joyful selection of “end of the world” infotainments connecting old Nosty with the generic apocalypse hype around the year 2012. This despite the fact that 2012, or indeed the end of the world for that matter, never so much as appear in his half-baked gibberings.

Apocalypse? Have you tried turning it off and back on again? 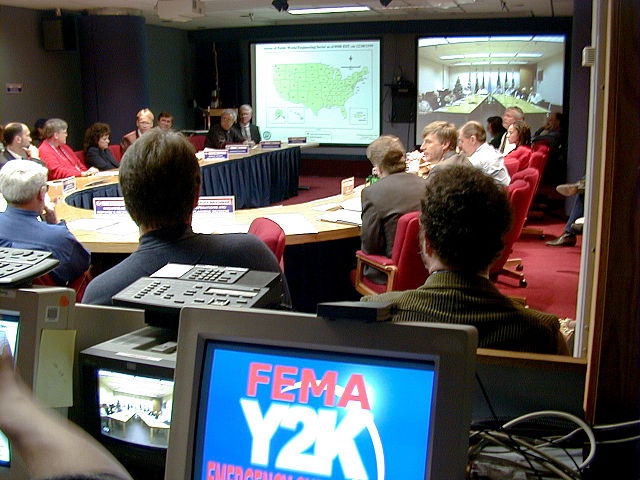 So the big day was nearly upon us, the day that would live in infamy – as the title of truly awful Robbie Williams song – this was the millennium.

Everywhere governments, corporations and crazed survivalist nutjobs became anxious, some might say hysterical, about the prospect of the impending collapse of global civilisation, nuclear meltdown and financial apocalypse. A few shifty-looking geeks with books to sell (coincidence?) managed to convince half the world that as soon as the clock struck midnight on the new year, basically everything in the world would stop working and immediately explode or something. Despite the initially far-fetched sounding nature of this prospect, it was backed by some convincing sounding bunkum about computers being unable to count past 99. Gun sales rocketed, the U.S. Federal Reserve printed an extra $70 or so billions worth of precautionary bank notes and US Senator Robert Bennett appealed for the government to consider Martial Law.

The catchily titled “Y2K” problem really caught on – like a stupidity virus.

As American survivalist and probable testosterone-junkie Paul Milne cheerily quipped: “If I’m wrong I’m still here, the birds are chirping, the sky is still above. But if they’re wrong, they’re dead.” Well that’s one way of looking at it. But then why not just assume the worst all the time in that case and take to your nuclear bunker with a lifetime’s supply of Pot Noodles and a shotgun named Bessy?

Author of the surprisingly well-selling (although not any more…) The Millennium Bug, Michael S. Hyatt, was less deadpan: “it is going to be a billion times worse than the worst microcomputer crash you have ever experienced – or could ever imagine.”

Neither of them however could match the calm and measured predictions of the casually prudent and informative Y2K hysteria-mongers countdown.org (no, that’s nothing to do with the mild-mannered Channel 4 puzzle show, beloved of students, grannies and the economically inactive everywhere):

“It’s not an overstatement to suggest that modern civilization, as we know it, will cease to exist … Power grids, running water, telephone service, all the necessities and conveniences of modern life may suddenly be rendered undependable, if not useless … could this be the way freedom is extinguished in America and throughout the world – not with a bang of a nuclear blast, but with the tick of a clock? I don’t pretend to know the answer to that question. But it’s certainly a possibility worth considering, praying about and planning for by every freedom-loving person in the world”.

And what happened? Well there was a nuclear meltdown, global social unrest and the deepest and most ruinous financial turmoil since The Great Depression… but that was just 2011, the computer geeks didn’t see that one coming.

Carry on, and on, Camping

Whilst others had confidently forecast and spectacularly failed to predict the apocalypse in the past, the disappointment of one failed prophesy was not enough for American radio host, the somewhat comically named Harold Egbert Camping. Camping managed to wrongly predict the end of the world not once, not twice, but three disastrous times. You have to wonder about the ability of his followers to process simple cognitive functions when they believed him for a third time – it’s not a track record of resounding successes is it?

Camping used an arcane numerological formula and the Bible to work out that May 21, 1988, then September 6, 1994, before finally October 21st 2011 were to be the end(s) of the Earth. These dates were to herald the rapture of the blessed – whom Camping calculated nonchalantly at 2.8% of the world’s populus – and then fire, brimstone, pestilence and death would be in store for the remainder. Harold managed to push a number off books of the back of this assertion and followers were compelled to give up many of their worldly possessions, channelling their funds into Camping’s company to allow him to publicise his apocalyptic message. However, upon the failure of Armageddon to materialise, Camping informed reporters that there would be no refund for those that had invested in his loopy end of the world message. It seems the Apocalypse doesn’t come with a money back guarantee. Recently, in March of this year, Camping finally was forced to concede defeat “modestly” admitting (in the third-person): “we humbly acknowledge we were wrong about the timing.” Yep, you were. 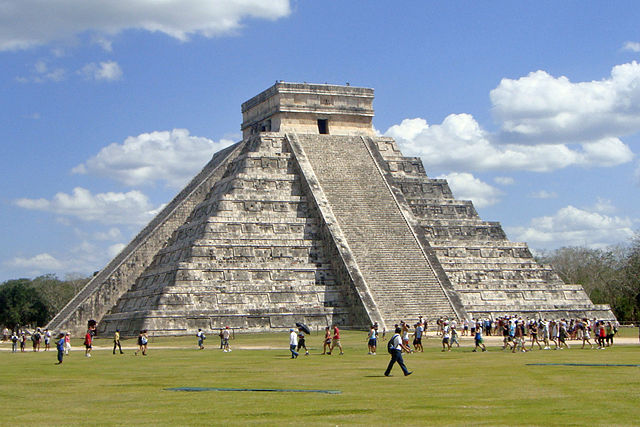 Unless you’ve been holed up in your nuclear bunker, nervously clutching your ammo since December 1999 like Mr. Milne, you’ve probably noticed a lot of silly hype about 2012 and a certain ancient Mayan prophesy concerning the end of the world. Well, of course actually this isn’t true, the Mayans never actually predicted the end of the world. They had a calendar, and to cut a long and unnecessarily complex (like all the “best” conspiracy theories – ever heard of Occam’s Razor guys?) story short, basically in 2012 one calendar runs out, and a new one will start. So essentially it’s just like a slightly leftfield version of the millennium hysteria, or a low-tech millennium bug if you like. Calendars guys, get over them. These handy little tools for recording the passage of time change from one section to the next, that’s the point, otherwise they wouldn’t be calendars – they wouldn’t be any use.

But anyway, thanks to the wonders of modern technology, and schooling, a great many people bought into this Mayan calendar rubbish and shared it round the internet quicker than you could say “credulous-fools-with-too-much-time-on-their-hands.” Well, I guess I’ll be the one who looks like a fool if it all comes true, oh wait, no I won’t – to echo Mr. Milne’s sentiments – we’ll all be dead anyway. So I guess we’ll have bigger things to worry about, or not of course, because we’ll be dead. I was going to end by saying, you should therefore visit what are nevertheless the immensely impressive, fascinating and spectacular Mayan ruins to be found on a holiday to Cancun before the Mayan calendar ends in December – just in case the world does end or something, you know? As in, you’d better hurry up, you may not have much time left, etc. etc. But actually 100 years from now we’ll all be dead anyway, so apocalypse or no apocalypse you should definitely see this place while you have chance. In fact there are lot of places you should really see – get out there and start living and stop sitting in your room reading internet conspiracies, worrying about things that will in all likelihood never happen. Stop fretting about what you don’t know and can’t change anyway, and start concerning yourself with what you can – like taking an affordable, and yet luxurious holiday at any number of leading worldwide destinations!