Canoeist Etienne Stott paddled to Olympic glory by winning a gold medal at London 2012. He talks to Kenwood Travel about that once in a lifetime experience, having his shoulder operation featured at an exhibition and doping

The first things you notice about Etienne Stott are his broad smile and his even broader biceps. Slender, but with a granite torso and arms, Etienne’s figure fiercely contrasts with the somnolent shapes in the Kenwood Travel offices.  Not that we’re saying he’s vain, he is an Olympic gold medallist after all.

The Bedford Olympian is in our office to give us the low-down on a recent holiday to the Maldives we were only too happy to arrange for him. We couldn’t let him go without having a proper conversation about sport. Travel experts, IT consultants, accountants and writers we have aplenty; Olympic champions, we do not.

First up, the medal. How does it feel to be an Olympic champion  “To be a gold medallist, to win the Olympics is an incredible privilege, an incredible feeling,” he says.

This incredible feeling of winning a gold is surely only enhanced when one does it in one’s own country. If we consider the sporting life of an athlete lasts between 10 and 15 years, and Olympic Games don’t come to the same country too often, the chances of winning a gold at home are pretty slim.

Etienne Stott’s victory in the kayaking C2 event with teammate Tim Baillie wasn’t an easy one either. “Getting into the final in the Olympics is a very big deal, in a sport like ours that is very unpredictable, things can go wrong very much in the blink of an eye.”

“Making it into each round is very, very important, but once you’re in the final you know it’s possible to get a medal out of it.”

A canoe slalom Olympic competition at the Lee Valley White Water Centre is a hard enough task, but what about the ambience? Does the roar of the crowd affected Etienne Stott? Increasingly animated as he recalls the noise of the arena, he concedes it was hard not to be affected by  his environment but for the sake of his medal chances he couldn’t let it get to him too much. “The noise in Lee Valley was amazing, there was 12,500 people in the stadium; the hairs on your neck stand up very easily. In our sport it is very important not take on board the energy from the crowd, you have to almost let if flow through you.”

Sometimes athletes like to get a bit metaphysical when talking about their concentration techniques, perhaps citing helpful mind gurus, spirituality and rigid psychological techniques. Stott has a much more novel way of approaching the mental side of his sport; he pictures himself in the movie Ghost.

“My strategy for dealing with the crowd noise was: I imagine myself  in that film, when a ghost passes through a person. I kind of wanted the energy of the crowd to pass through myself. If I allow it to get caught inside me, it may distract me, or change my mental state.”

After the race it’s a different story. “Once I finished the race I let the crowd energy wash into me, and it was amazing.”

If winning gold at the London Olympics wasn’t difficult enough, we should also mention that the Manchester born medallist suffered a devastating shoulder injury only 18 months before the Games, when he and Tim Baillie had a massive crash during training.

“The force when I hit that obstacle nearly torn my shoulder apart from its socket and ripped it out. It was clear straight away that it was a very serious injury.” 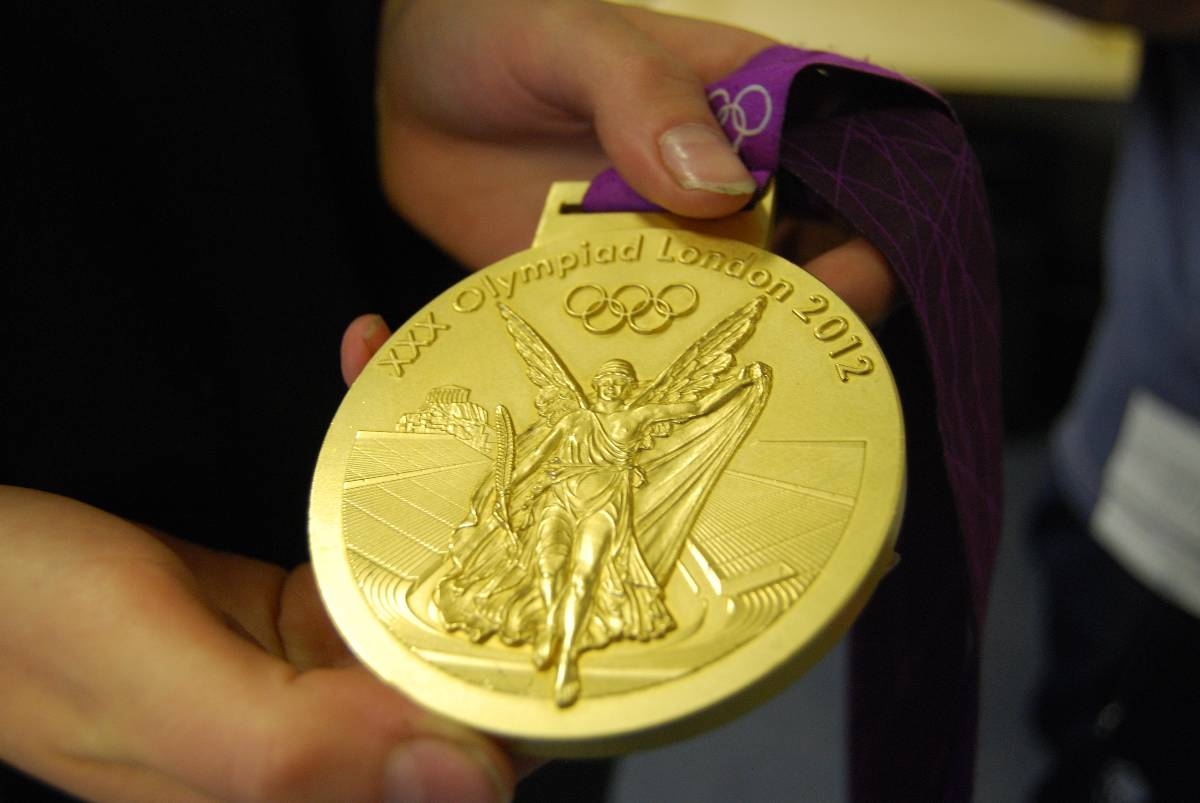 At his rarefied level, an injury of that magnitude can only mean one thing,  goodbye Olympics. Etienne Stott, however was made of sterner stuff and wasn’t ready to give up just yet. “As an athlete I have had many serious injuries. When you are younger it can be extremely stressful, and it continues to be stressful until you learn how to deal with it. By the time this one happened I had an awful lot of the tools, mental skills and attitudes [to deal with the injury]. I’ve learned from painful experiences the way I needed to approach it. So, in fact I, was always relatively calm.”

Eight days after the incident and the future gold medallist went under the knife, his Olympic future in the balance.  The surgery was, of course, successful and after an incredibly quick rehabilitation he was ready to race. “Thankfully, and amazingly, the shoulder is probably stronger than it was before.”

Bizarrely, Stott has a second claim to fame besides his Olympic adventure. An animated reconstruction of his operation can now be seen in an exhibition at the Royal College of Surgeons in London. The exhibition, in the Hunterian Museum, is on display until the end of the year.

“It’s very strange. I understood – my physio and my surgeon explained to me – what actually happened, what the process of the surgery was. But you kind of imagine in your mind a sort of space [between the tissues], but in fact it’s all filled with weird stuff floating around, it’s all with spiky bits, it’s all quite weird.”

So what does an Olympic champion do to unwind? For instance, is he into any other sports? Given his recent achievements perhaps we should have expected the response. “I’ve been too busy to be interested in any other sport. I really enjoy watching athletics, tennis, snooker, he says, before adding pithily, “I used to really like the Tour de France.”

Tour de France. You know what comes next. Exactly. Armstrong. Not Neil, but Lance. “The problems with doping in cycling have been sadly very public. They are certainly washing their dirty laundry now and Lance Armstrong is in serious trouble.” Stott begins, quickly warming to the topic.

Like many people, Etienne feels cheated by this athlete of superhuman achievements. “I have to confess I’ve been completely taken in by him. I’ve read his books and I thought that his was an amazing story. I remember watching his fifth Tour de France at one particular stage and I was crying. He was such an inspiration, I still remember the feeling – I can feel it in my arms’ hair. Now when you see it is very ,very sad and it’s unfortunately a bad reflection on that sport. But I do believe they know what they have got to do.”

Still, Etienne Stott believes that cycling is not doomed and cites his fellow Team GB champion Bradley Wiggins as a great contemporary role model for the sport. “Bradley Wiggins himself is towing the sport pretty much single-handedly it, along with Team Sky, into the public’s trust again. I really believe that he’s clean and that’s what they are all about.”

“It’s a great shame when sport and such great achievements come to be known as false. It’s just disgraceful. Disgusting. It’s very sad. I hope they sort it out. I’m very pleased that in our sport, I’ve never heard of any doping problem.”

Armstrong may no longer have a future in professional cycling but what of Etienne Stott? Will he return to the water for Rio 2012?  Nothing has yet been decided and given that four years of blood sweat and canoeing will not even guarantee qualification and that Stott will be 36 in 2016 it is clear some soul searching will be done in the coming months before a decision is made. One thing is for sure though, if  Ballie and Etienne are to compete again, Stott and his rippling biceps won’t shirk the challenge.

If you want to know about Etienne Stott holiday in the Maldives, don’t miss the second part of this interview. Coming soon.