Houston, we’ve reached cruising altitude. Somewhere below my Etihad Airways flight is a mosaic of deserts and mountains, and in our wake lies the patchwork farms and cities of Belgium, Germany, and Turkey. Looking at the ground below detaches my mind from the four hours remaining. It’s all caught on camera. The nozzle of our plane, cloud-splitting, roaring through the skies with the world a pinprick below. A brush of the screen brings me to a cockpit view: plains of blue sky speckled with clouds. It dawns on me that I’m standing on the tail and bearing witness to a 575 tonne metal machine maintain altitude. I overhear a passenger nearby comment, this is what birds must feel like.

Then I suppose birds ride economy.

Way back when, during the transatlantic long haul, we all crossed our fingers for a TV on the plane. When I was lucky, we hung from our seats to catch a glimpse of a what looked like a pirate copy of the latest blockbuster dangling twenty rows down in the centre of the aisle. Christmas came with the back-seat television idea. Those days, that meant watching low-budget Hollywood on a dull museum piece, but that was a big deal and I loved it… ten years ago. But now, on Etihad Airways, picture crystal clear streaming of the Iraqi desert, Belgian fields, and Arabian gulfs. Picture a television feed as close to HD live streams can get.

What we’re doing is a direct Etihad Airways holiday to Abu Dhabi. I already knew the flight service was good, but after flying Etihad Airways, I was still surprised at how great it was. Presented on my personal flat screen television were flight-chat rooms, a huge selection of on-demand movies including the first four instalments of Harry Potter, television shows from adult drama to colourful kid’s edutainment, magazines and, of course, the live flight stream. Once I had enough of watching Etihad Airways’ in-flight entertainment (including the children’s programmes) I discovered I could play video games against other passengers who were identified by seat number or chosen nickname. Or I could go solo with the classics like Space Invaders or Pong (with a fantasy-style makeover.) 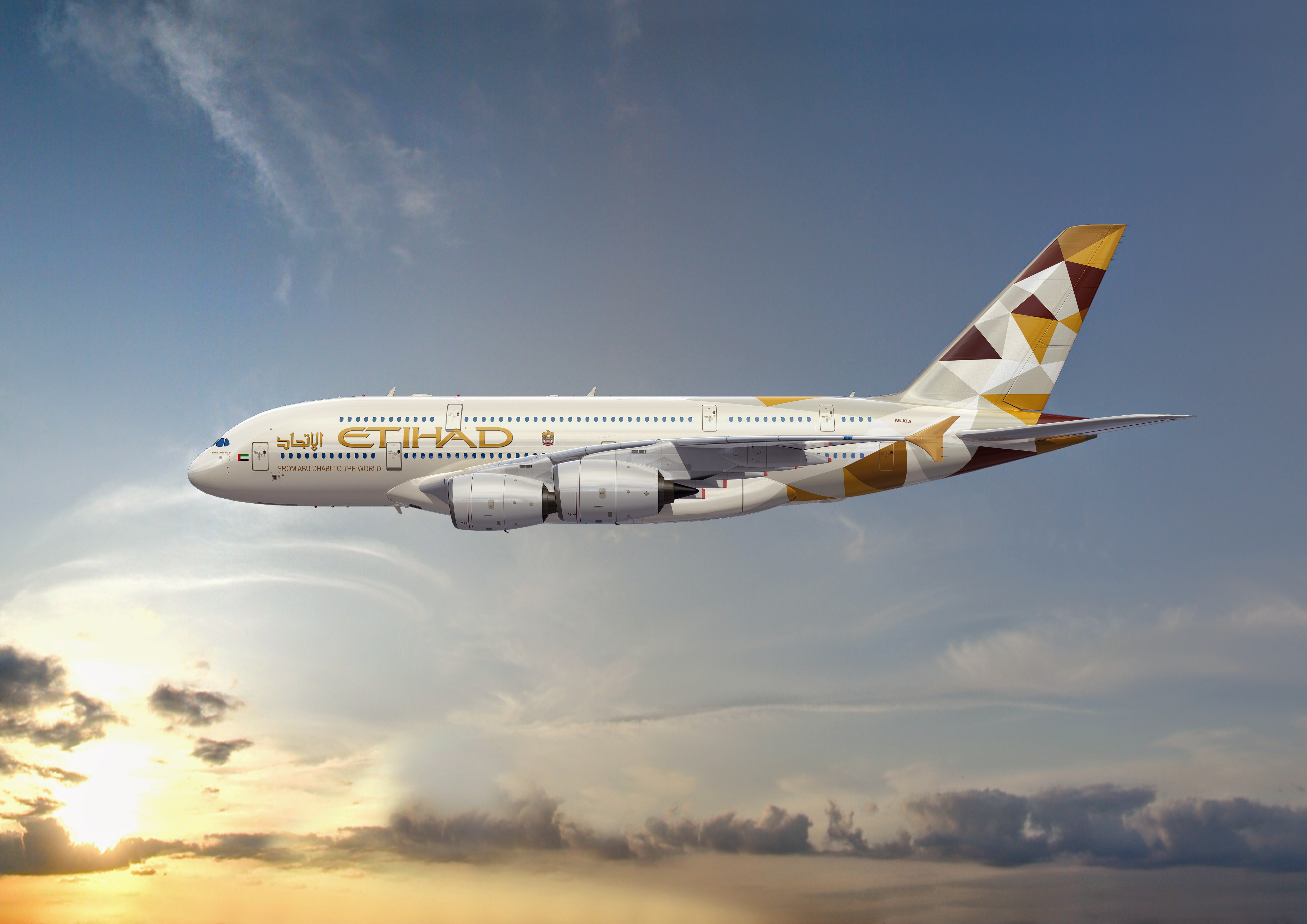 Even if you don’t get a window seat, you can still admire the stunning views through your personal flatscreen television.

On top of the entertainment selection, I was especially impressed by the dining options in comparison to the other airlines I’ve flown. Upon boarding the flight, every passenger was offered a menu with a choice of four meals including a vegetarian option. This came alongside a selection of drinks from spirits to wine to soft drinks to juice. During the flight, we received one meal plus three additional snacks which, on this occasion, were savoury biscuits. That’s how I ended up drinking scotch and gazing at the desert 35,000 feet below.

I used to think my Abu Dhabi holiday would only kick off once my feet were on the ground, but Etihad Airways’ token Arabic hospitality was evident throughout the flight. By the time the pilot announced we were approaching Abu Dhabi International airport, part of me wished the six hour flight lasted even longer. And as someone who has an overwhelming hatred for long flights, that’s saying a lot.

Book your own Arabian holiday with Etihad Airways here.