Abu Dhabi is an emirate that just gets better. Once overlooked in favour of Dubai, holidaymakers are now swapping the never-ending bustle for the largest emirate’s laidback charm. A look at the figures show an 8% rise in Abu Dhabi hotel guests since last year, with over four million of them checking in during 2016, staying a combined total of twelve million nights. The UK topped the charts in Europe for highest number of holidaymakers visiting Abu Dhabi, and third in the world, behind India and the UAE itself. Us Brits are suckers for culture, attractions and, let’s face it, sunshine, and Abu Dhabi has it all. Look below for the next big thing coming to the city, and discover why Abu Dhabi is getting even better every year. 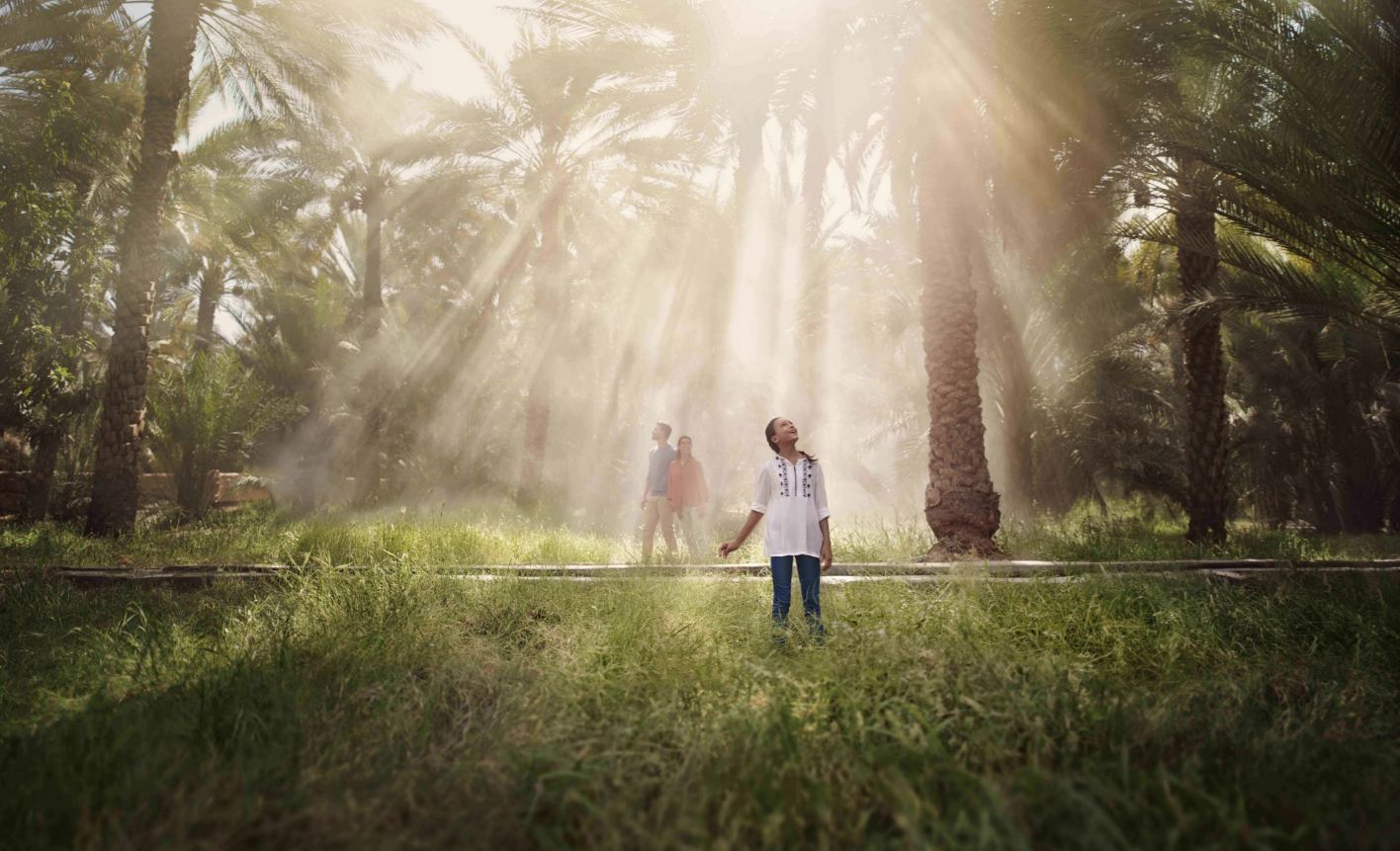 Al Ain Oasis provides visitors with an educational, exciting and stunning tropical environment that all ages will enjoy.

1200 hectares of Tropical palms, wildlife, rivers, and scenery tied up with a lush atmosphere make Al Ain Oasis spectacular. And as of 2016, it has become a UNESCO World Heritage Site open to visitors. The Al Ain Oasis is a mixture of palm plantations, shady walkways, and an irrigation system that’s lasted hundreds of years. The Eco-centre is a great starting spot as it explains the importance of Al Ain Oasis to the development of Abu Dhabi, and offers an abundance of fascinating facts and figures. For an even more in-depth experience, make sure to grab the app and stylised map, so you can easily navigate the trails. With Al Ain Oasis merging with neighbouring heritage sites such as Al Ain Palace and Al Ain National Museum, a trip to this oasis will prove to be a culturally enlightening experience.

If Ferrari World’s thrills aren’t enough for you, you’ll be excited to know that Yas Island will be home to another brand new theme park – opening as soon as next year. Warner Bros announced Abu Dhabi’s new addition will arrive in 2018 alongside the world’s first Warner Bros themed hotel. Expect to see beloved stories and characters from the studios brought to life, from old favourites like Bugs Bunny and Scooby Doo to the hottest superheroes including Batman, Superman, and Wonder Woman. The Warner Bros theme park will also allow guests to explore new worlds, be it Gotham City and Metropolis or the colourful lands of Looney Tunes, Hanna-Barbera and more. Abu Dhabi’s newest addition is expected to bring an extra five million visitors to the island since 2015. 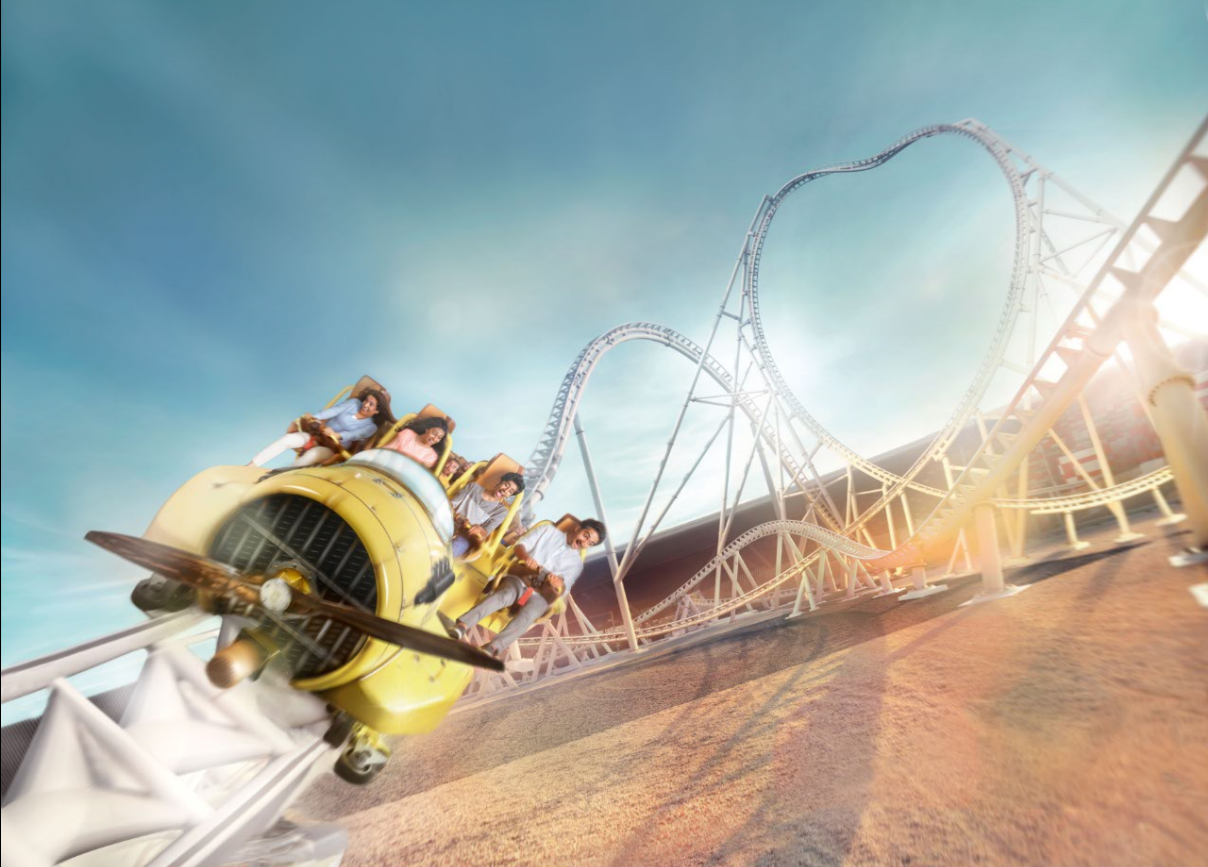 Ferrari World is well known, and not just because it’s the world’s first Ferrari theme park. It features Formula Rossa, the world’s fastest roller coaster, and the largest Ferrari logo ever created, all within the biggest space frame structure ever built. And now, Miral has announced it will to open nineteen more rides and attractions, and increase the park capacity by 40%. These new additions  include Turbo Track, a new roller coaster which is based on a Ferrari training facility and comprises of a 180 metre track that hurtles you through the centre of the park’s iconic glass roof 62m above Ferrari World. Turbo Track also includes a zero-gravity hill and ‘gravity valley’ that thrillseekers can ride at a hair-raising speeds. Keep your eyes peeled – it’s set to open in March 2017. Ferrari aficionados can double their driving-dreams by teaming up Ferrari World with the world famous F1 track that circles Yas Viceroy. 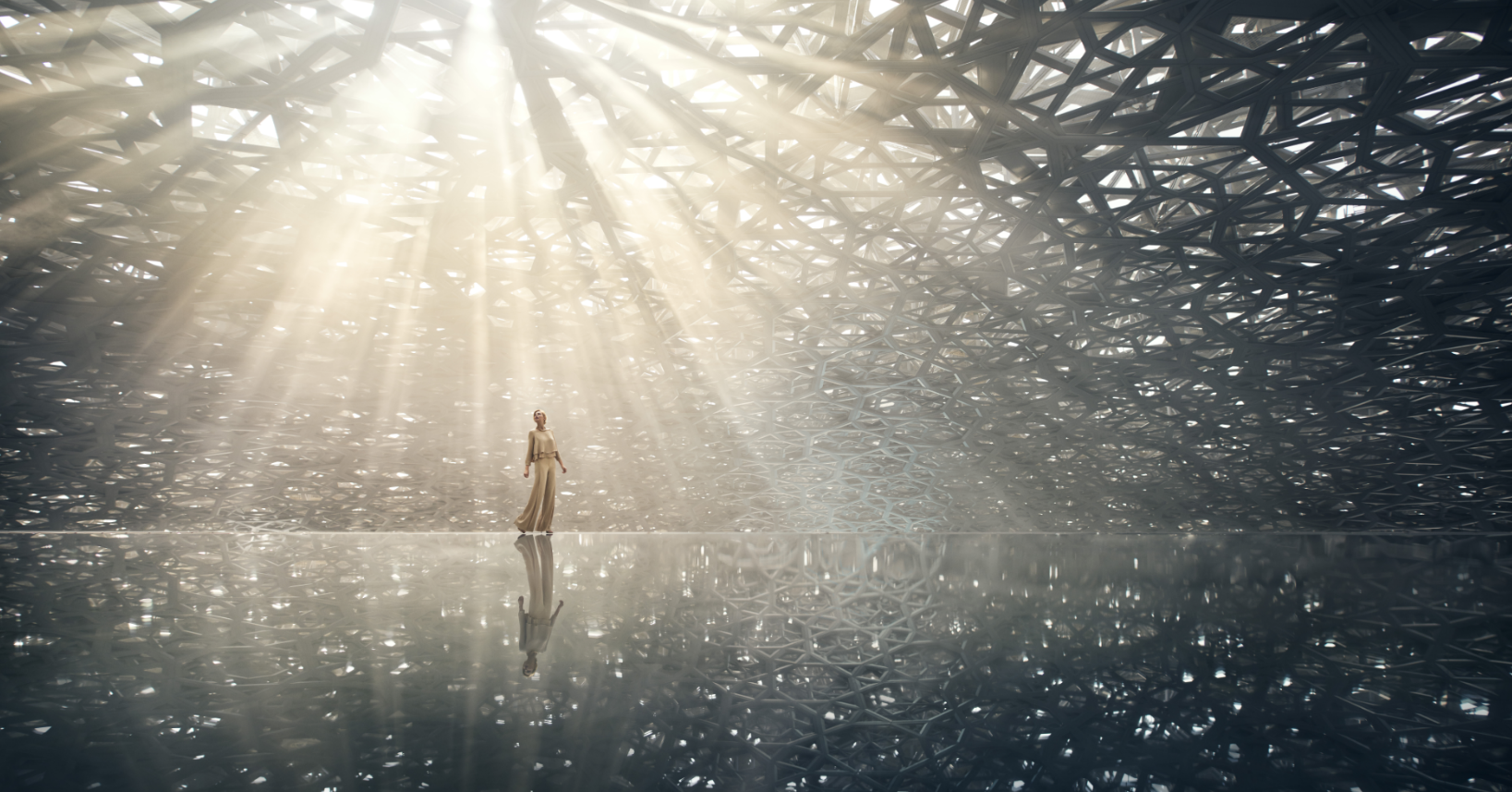 Louvre Abu Dhabi will be beautiful in both the work exhibited and the designs of the building itself.

All eyes are on Louvre Abu Dhabi this year, as the much delayed 21st century icon is set to open its doors to the public soon. The first Louvre branch outside France has been dubbed ‘a Universal Museum,’ and will feature over six hundred pieces of art across twenty three galleries. Whether you’re an art lover, curious, or wish to explore the striking  Jean Nouvel designed building, you’ll discover something beautiful here. Visiting Louvre Abu Dhabi will take you on a journey of shared human experiences from ancient times to the present day, which will hang alongside the work of legends including da Vinci, Monet, Van Gogh and Matisse, which will complement the permanent collection for a limited time. Louvre Abu Dhabi will be close to two luxury resorts on Saadiyat (“Happiness”) Island: Park Hyatt Abu Dhabi and St Regis Saadiyat Island.