Like so many others, we love New Year at Kenwood Travel. It is a magical time of reconciliation, happiness and copious amounts of bubbly. We’re all well accustomed to seeing the thronged masses gazing misty eyed at the London Eye as fireworks pop in the sky and we link arms to sing Auld Lang Syne. But this got us to thinking, how do they celebrate the coming of a new year in some of our fabulous destinations? Here’s our handy guide to New Year around the World.

New York is arguably the most famous New Year destination of them all. Tradition permeates throughout the air as the Big Apple can lay claim to many institutions including the world famous Times Square Party. Since 1903 New Yorkers have flocked to Times Square to usher in the New Year and nowadays the event regularly plays host to more than one million revellers. 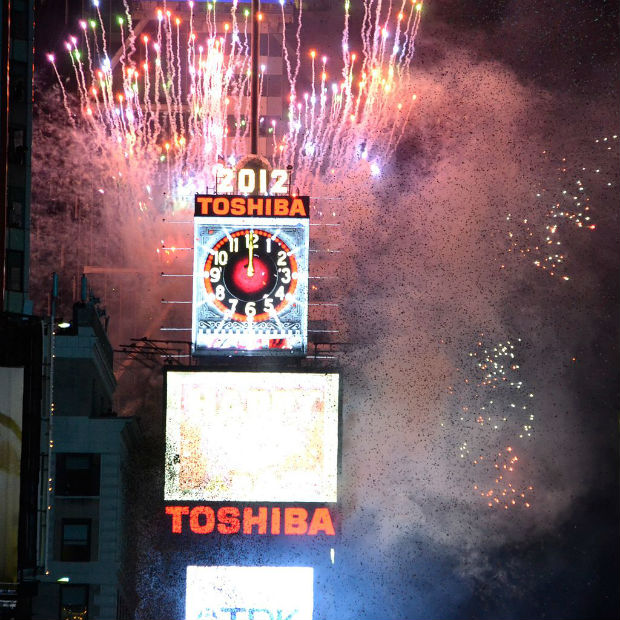 The most iconic Times Square tradition is the the eponymous ball which each year descends down a pole and touches down (with a bit of luck) on the stroke of midnight. The ball drop has been launched by some very famous faces down the years including Muhammad Ali, Lady Gaga and the Clintons. Once the ball has completed it’s sparkly plummet, a bedazzling display of fireworks festoon New York’s sky. The tradition started in 1907 and since then the ball has gone through three reincarnations. Today the ball measures six feet in diameter and weights 2,212lbs; incredibly the LED lamps used to create the light shows can produce more than 16 million different colours and the 9,576 energy efficient bulbs within consume the same amount of electricity as just ten toasters.

As you might expect, although the Times Square Party is the most well-known New Year tradition, there are plenty of other events held at clubs and bars all over the city. If you’re feeling a bit delicate the next day the Annual New Year’s Day Marathon Benefit Reading, now in its 41st year, features nearly 200 poets performing readings of their work.

Dubai is a relative newcomer in the realm of New Year bonanzas but that doesn’t mean it isn’t doing a great job of establishing itself firmly on the scene. Dubai is a huge fan of superlatives, everything here seems to be the biggest or the brightest or the first of its kind and as you might expect this culminates into a New Year party that pulls out all the stops.

Last year Dubai set a Guinness World Record by hosting, obviously, the biggest and longest firework display ever. The display lasted a mammoth six minutes and fired off almost half a million explosive shells. However, not content with sitting on its laurels, Dubai plans to smash its own world record this year with an even bigger display which is planned to last fifteen minutes. Fireworks will fizz from the tops of buildings and line all the way up the Burj Khalifa’s mighty facade, which in true Dubai fashion is the largest on Earth at 830 metres. The spectacle will include the most advanced light-show technology available and create stunning visuals that will climax in a finale that the organisers have said will be unlike anything ever seen before. With all the festivities it’s not hard to see why so many celebrities make their way to ring in the New Year Dubai style. This year it-girls Kendall Jenner and Gigi Hadid are reportedly making their way to Dubai to like, totally party. 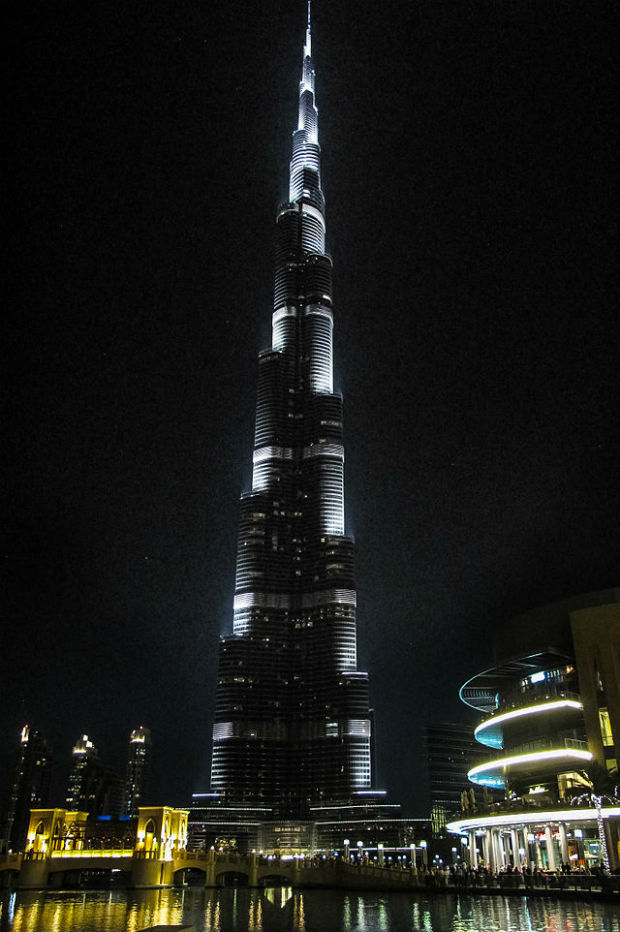 A number of the hotels we offer at Kenwood Travel are celebrating New Year in their own way. Burj Al Arab for instance, known for being one of the four highest hotels in the world, will offer guests incredible views across the cityscape meaning a front row seat to the fireworks. Additionally the hotel is hosting its own Brazilian Carnival themed night of food, drink and fun. Madinat Al Qasr meanwhile is hosting what is sure to be a wonderful party that starts with dinner and ends on the beach accompanied by a band.

As with most Japanese celebrations food forms a central role. Normally a special selection of dishes, called osechi-ryōri, are enjoyed during the New Year period. These boxes are jammed full of delicious goodies including cooked vegetables, simmered shrimp and even grilled lobster. Many of the delights found in an Osechi box have a symbolic meaning, for instance a bitter orange represents a wish for children in the new year while the long beard and bent waist represented by a skewered prawn wishes long life. Another delicacy produced around new year is the rice cake, these sticky dumplings can easily be turned into decorations with the help of a tangerine and are eaten once January has commenced. After the customary gorging is done, a seven-herb soup is prepared for the seventh day of January in order to give the stomach a breather. 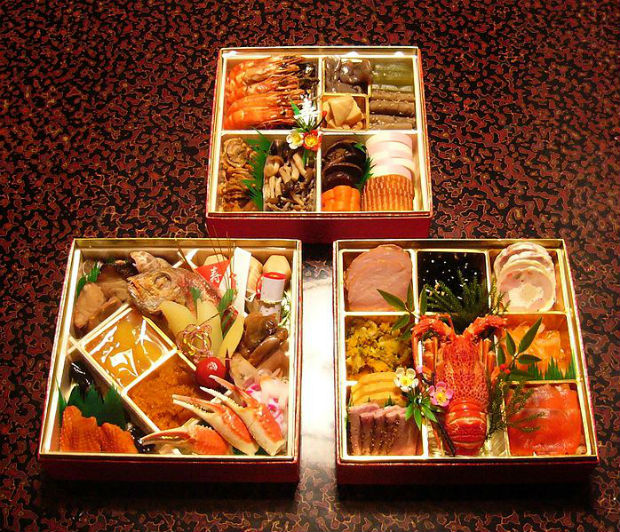 New Year in Japan is a time for family and food

As opposed to lavish fireworks and street parties, Japan has a more spiritual approach to New Year’s Eve. At the stroke of midnight the air becomes a cacophony of chimes as temples all across Japan ring their bells a 108 times, one for each human sin according to Buddhist teachings. After the ringing has ceased it’s time to feast on dishes of soba noodles. If you do ever find yourself in Japan on New Year’s Day, a word to the wise, Otoshidama is a day of giving money to children so don’t get caught short of spare change!

South Africa knows how to party in style, the nation embodies the spirit of Africa when it celebrates with traditional and contemporary elements often blended to create unique experiences that are sure to last long in the memory.

Variety is the theme when it comes to ways of celebrating New Year here. The Nieu Bethesda Festival of Lights for instance is a magical event on the Eastern Cape where locals and visitors alike let off an array of lanterns into the night sky making for a stunning spectacle. You can also hit Johannesburg where there are parties almost at every turn or alternatively go to picturesque Kirstenbosch National Botanical Garden for a more laid back affair presided over by South African musicians. 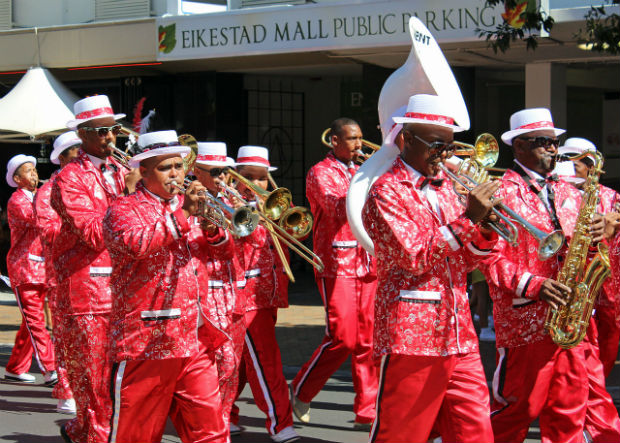 Although South Africa is awash with New Year opportunities, nowhere rings it in quite like Cape Town. The city comes alive during the New Year period with myriad parties and events held on New Year’s Eve. However it’s the 2nd of January when things really get started. Every year the city becomes a tapestry of colour as minstrels take to the streets, up to 13,000 of them, and revel in a huge street parade. This is a celebration of the best that the Cape has to offer and makes for an unforgettable New Year.

So there you have it, four examples of how they celebrate New Year around the World. But no matter where you, we at Kenwood Travel would like to wish you a very happy New Year.