Anyone notice how every second advert on TV right now is for travel? Before Christmas they were advertising perfume and toiletries boasting tenuous science. Stuff that people only get as Christmas presents. So marketers spent most of the last three months trying their utmost to keep you in the country, shopping. And now they want you out.

While you might sit bemused in front of the perfume ad, wondering how on earth the half-naked girl writhing in the sea while a horse canters by accurately describes a strong musk, it seems you do agree you need a holiday. Soon. 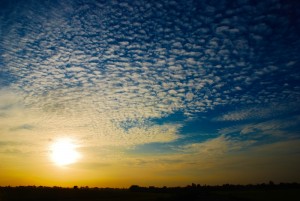 Today is Monday. Today is also the third week of January. Put two and two together and it’s no surprise today is traditionally seen as the most depressing day of the year. I’ve had tears in my eyes all day, I just figured the New Year’s hangover finally caught up with me.

But no. According to the Association of British Travel Agents (ABTA) today is the day the nation, as one, decides it can’t handle it anymore and books a holiday. After all there’s nothing quite like counting down to going away to combat the misery months, and we’ve spent a good couple of years resigning ourselves to holidaying in Berkshire as we bask in the warm glow of austerity. Quite simply I think we deserve it.

A staggering two million people are expected to book a holiday this week, and the discount deals are mounting.

With the pound recently rallying to a reasonably acceptable €1.20, Spain, Italy, Portugal and Greece are top of the list of desirable destinations. Interestingly, Spain looks to be the second cheapest holiday destination, according to a Post Office study which considered day-to-day expenditure. Sri Lanka took pole position, and is certainly the place to find fairly ubiquitous sunshine, as well as being a fascinating country.

Head of Communications at ABTA, Victoria Bacon says: “With two four-day weekends in the first half of 2012 [Easter and the Diamond Jubilee] many people are expected to take advantage of the time off work and go abroad.”

So, if you’re feeling a little down today, don’t sweat it. Book a holiday destination and sweat it there instead. Maybe you’ll get a chance to wear your new musk.