The nature of Saint Lucia is that it’s one wild place. But enough about the street parties…

The nature of Saint Lucia is a blend of typical Caribbean natural history and species that are more or less unique. This is down not only to the fact that Saint Lucia is the most mountainous of the Caribbean islands, but also that careful conservation efforts have retained much of the Saint Lucia rainforest, which now teems with incredible ferns, bromeliads and orchids. Here we take a look at some of Saint Lucia’s living wonders and what a budding Attenborough can expect to uncover. 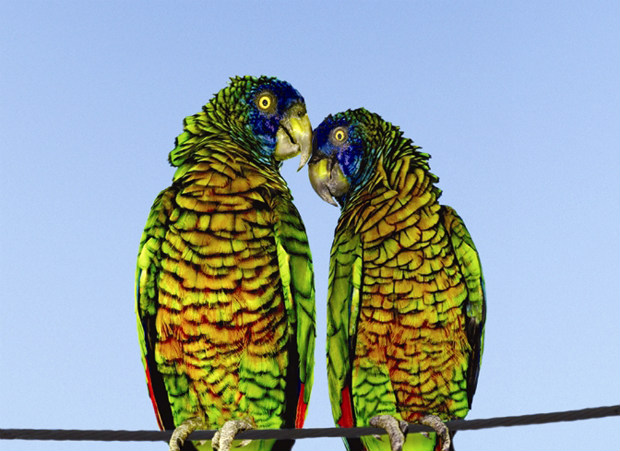 First and foremost, the nature of Saint Lucia is represented by the National Bird of Saint Lucia – the Saint Lucia parrot. Known locally as ‘Jacquot’, this distinctively colourful bird has bright green wing feathers and a bright blue head, with splashes of red and orange down the neck and chest. Despite its vibrant coat, it’s still pretty hard to spot as it makes its home deep in the rainforest canopy, feeding mainly on fruit like mangoes and wild passion fruit. That this parrot was close to extinction in the ‘70s is a testament to the success of conservation of Saint Lucia’s rainforest. 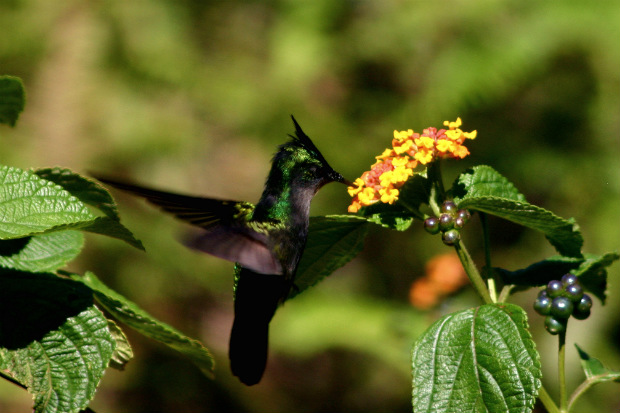 The twitchers amongst you will be interested to learn of the other endemic birds to the island, including the Saint Lucia pewee and the grey trembler, as well as colourful birds that are not exclusive to the island, such as the Antillean crested hummingbird, the Carib grackle, and the scaly-naped pigeon. 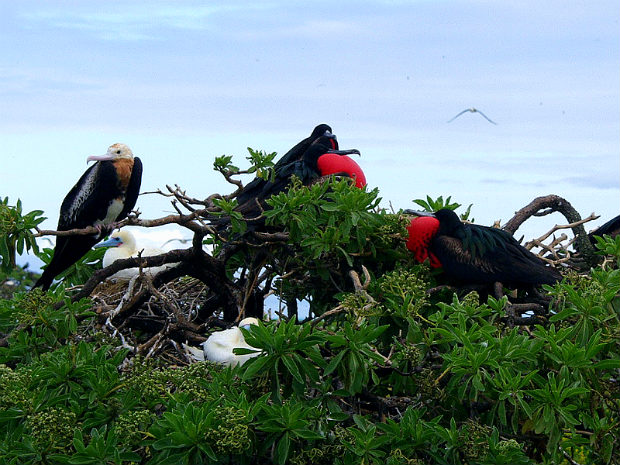 Meanwhile head off shore from the town of Vieux Fort on Saint Lucia’s southeast corner to find the Maria Islands – Maria Major and Maria Minor. These two islands comprise a nature reserve – tours can be arranged – home to an astounding array of tropical bird life. Here are nesting sites for sooty terns, brown noddies, which are a type of gannet, tropicbirds, distinctive by their long tail feathers, and the magnificent frigate birds. Interestingly, the frigate birds, whilst big and menacing, are actually amazingly acrobatic flyers. They ‘pirate’ the tropicbirds returning from feeding at sea, harassing them until they regurgitate their day’s catch. 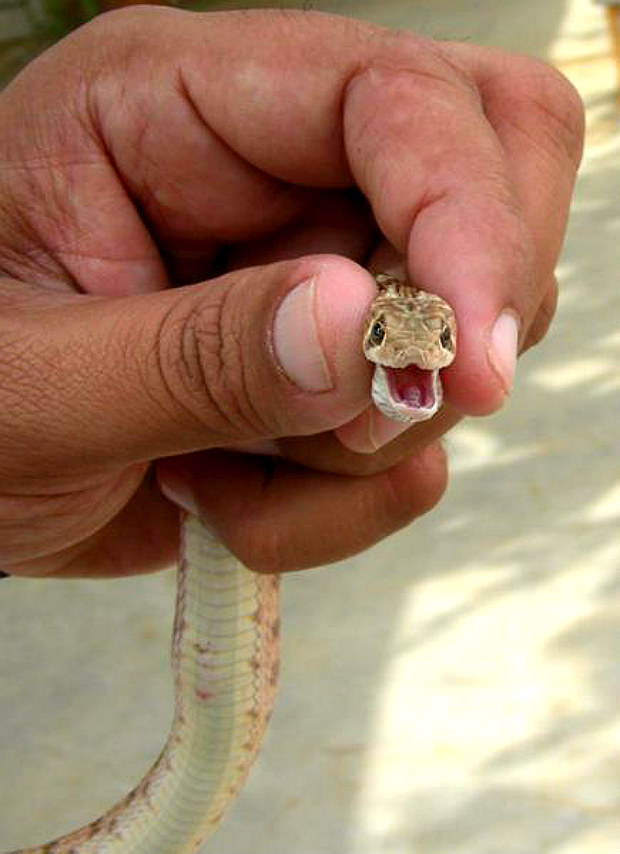 The reptiles of Saint Lucia are another fascinating and exceptional group, not least due to their rarity. The Saint Lucia racer, a tiny non-venomous snake, and the world’s rarest snake at that (read Kenwood Travel’s original story on the world’s rarest snake here) was declared extinct in 1936, only for a few specimens to be found on the Maria Islands in 1973. They are now closely protected. 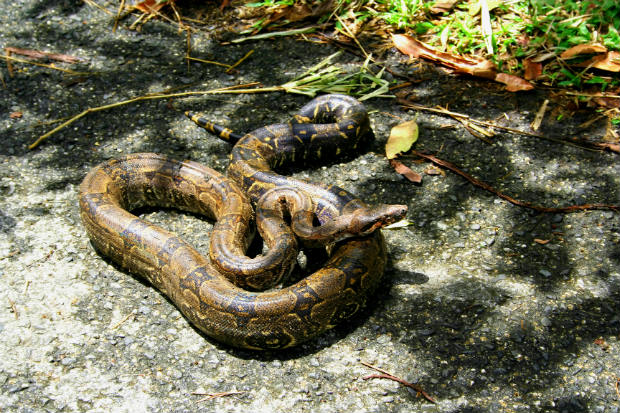 The Saint Lucia threadsnake is one of the world’s smallest snakes at five inches long (although the actual smallest snake in the world, a four-inch-long threadsnake, lives nearby in Barbados). Conversely, in the depths of the rainforest you might also bump into the Saint Lucia boa or “tete-chien” as it’s known locally, a constrictor that can grow to an astounding 13 feet long. 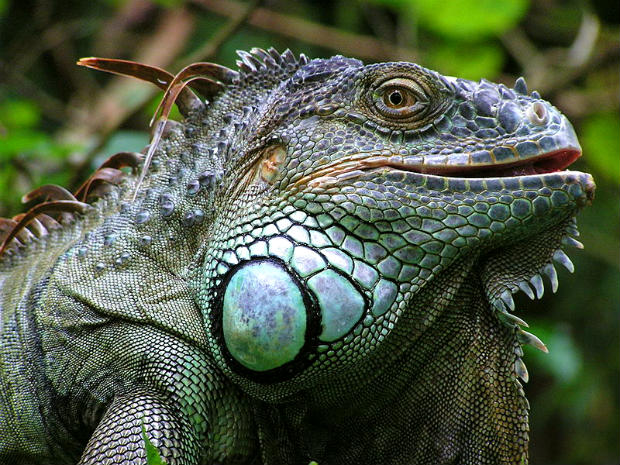 Another particularly rare reptile found on the Maria Islands is the Saint Lucia whiptail lizard, which was only discovered as recently as 1958 and in fact carries the colours of Saint Lucia, yellow and blue, on its belly and tail. More common, and found usually up in the branches of the rainforest, is the green iguana – a six-foot-long lizard. The Lesser Antillean whistling frog can be found here, a small brown tan frog with distinctive chevron markings on its back. 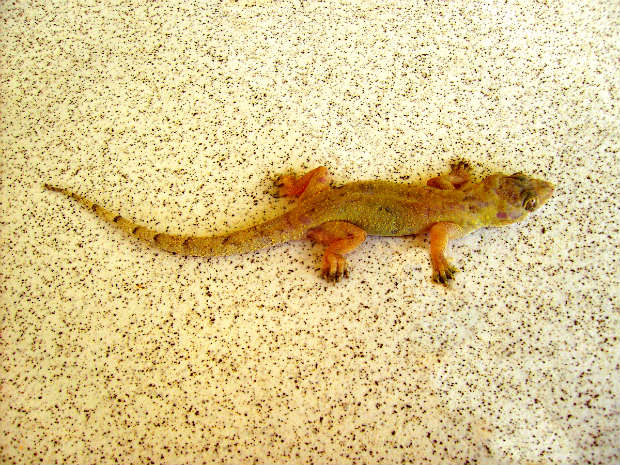 There are several common gecko lizards in Saint Lucia. Locals regularly find house geckoes come indoors chasing insects. They’re quite noisy, and make a distinctive chirruping call. Geckoes have special flap-like scales on the bottom of their feet with which they can adhere to vertical surfaces, even glass. A local legend says that they’re evil spirits that clamp onto your skin and can only be removed with a red-hot poker! Interestingly the red-hot poker is also the colloquial name of the local flower the Torch Lilly (pictured top), so perhaps the evil spirits are just as happy with a nice bouquet to hop onto. 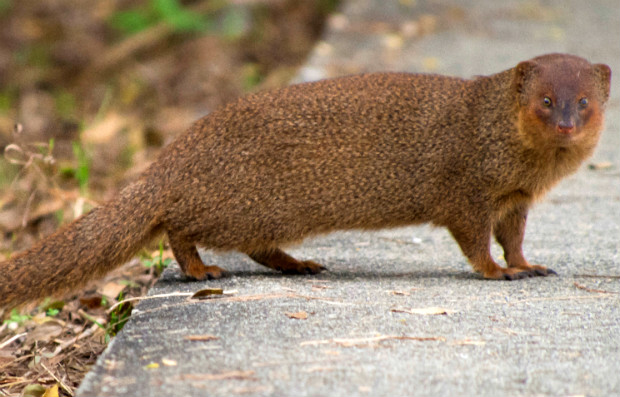 There are a host of non-indigenous feral animals that inhabit Saint Lucia, ie. once-domesticated animals that have since escaped to the wild. Pigs and goats are fairly common, and ironically Asian mongooses once brought over as pest controllers now run rather rife themselves. Wild mammals include red-rumped agoutis – large rodents found around Central and Southern America – and southern opossums, the critters that actually ‘play possum’, a humorous play-dead reflex action, when threatened. 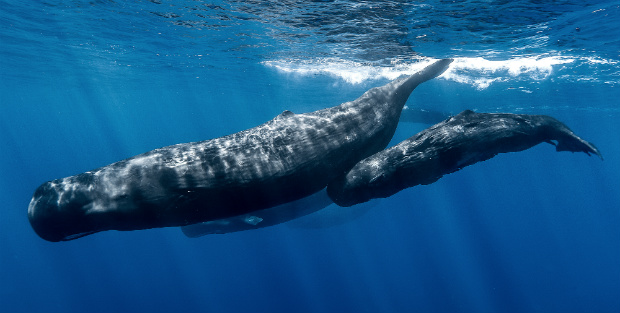 Out at sea, you’ll probably see humpback and sperm whales, along with spinner dolphins. You’ll also probably come across green, hawksbill and leatherback turtles. The leatherback is the world’s largest turtle. It breeds in the tropics, but feeds in the northern summer on jellyfish in the North Atlantic. They even reach the British Isles; in fact, the world’s largest known specimen washed ashore at Harlech in northwest Wales. It is now stuffed and on display in the National Museums of Wales in Cardiff. 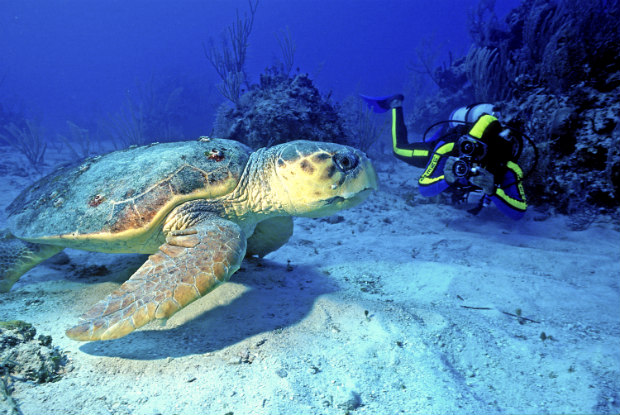 Kenwood Travel would like to thank Michael Bright, author of Wild Caribbean: The Hidden Wonders of the World’s Most Famous Islands (BBC Books 2007), and Africa: Eye To Eye With The Unknown (Quercus Books / BBC 2013), for providing factual information and expert contributions to this story.