Thinking of booking a Cuba holiday to Havana? Word of advice: don’t forget your camera. Havana is a must for anyone with an eye for architecture, classic motoring and mojitos, but for now we’ll keep the talking to a minimum and let our pictures tell the city’s timeless story. 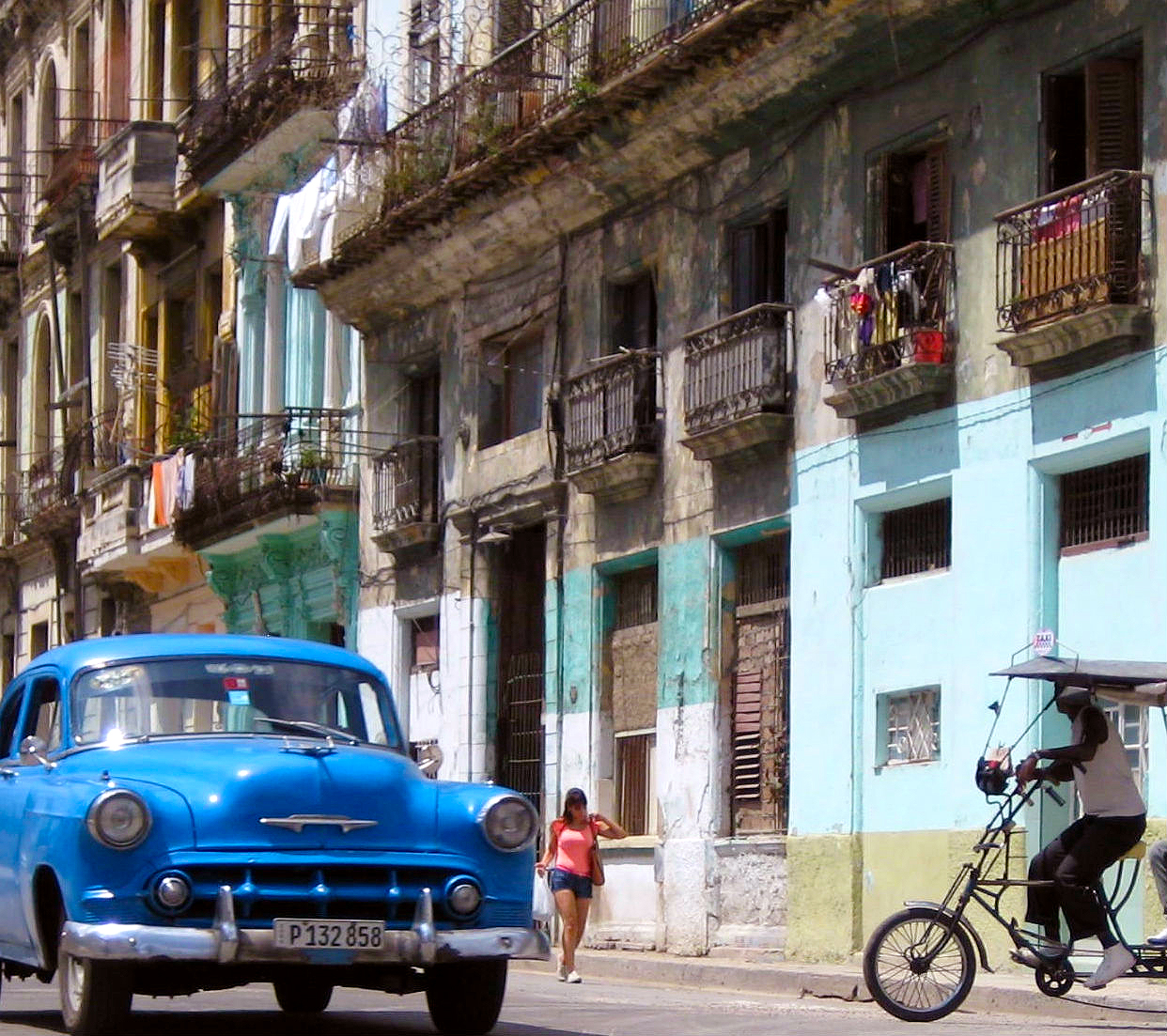 Havana Vieja (Old Town) is awash with renovated colonial terraces and leafy church squares.  Sidestep over to the Centro district though and Havana’s real colour starts to peer though the cracks. 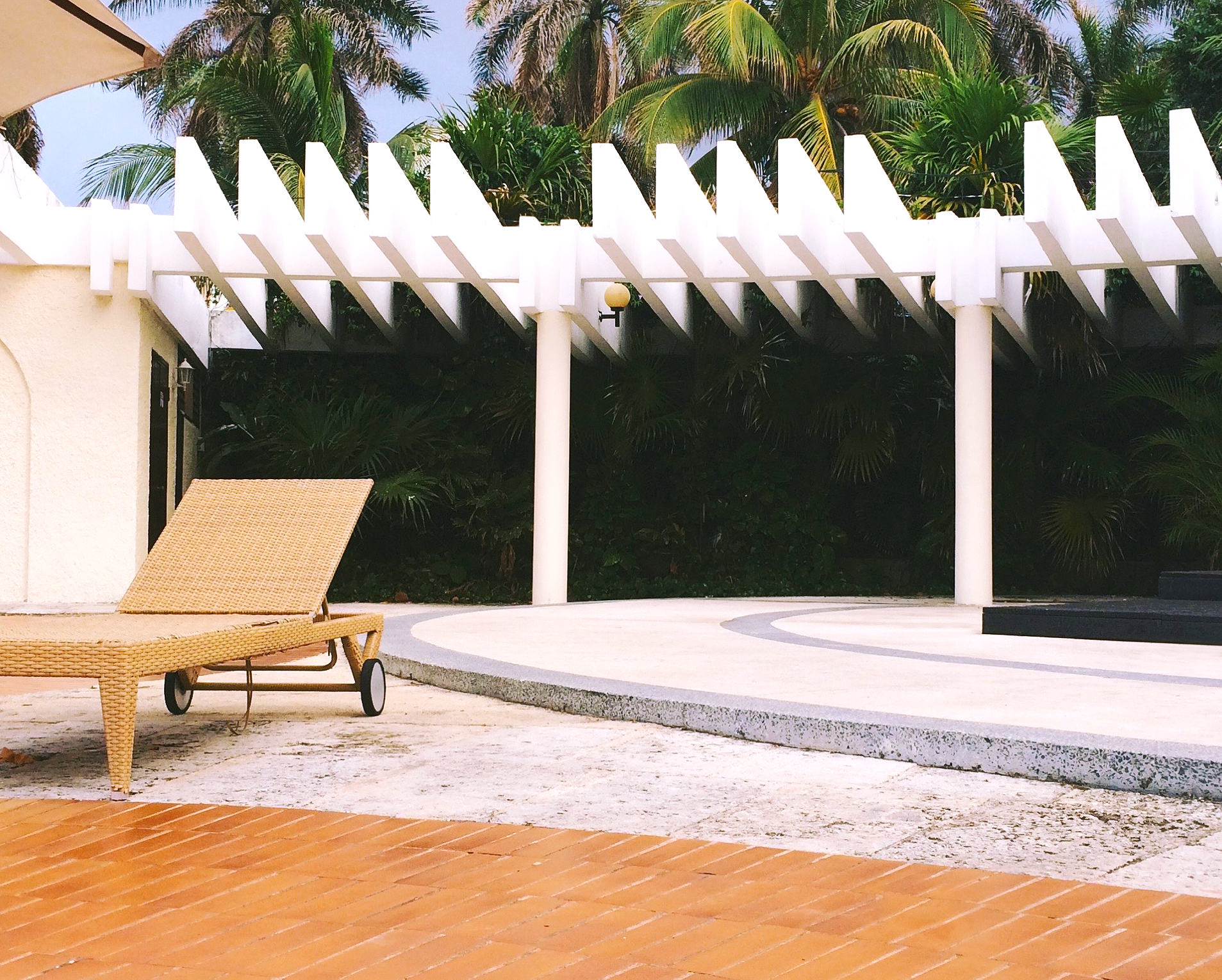 Once the haunt of Churchill, Sinatra and Brando, Hotel Nacional de Cuba has stood as an icon on the Havana skyline since 1930. The building’s art deco glamour is matched by the modernist chic of the striking colonnades that surround the freeform pool. 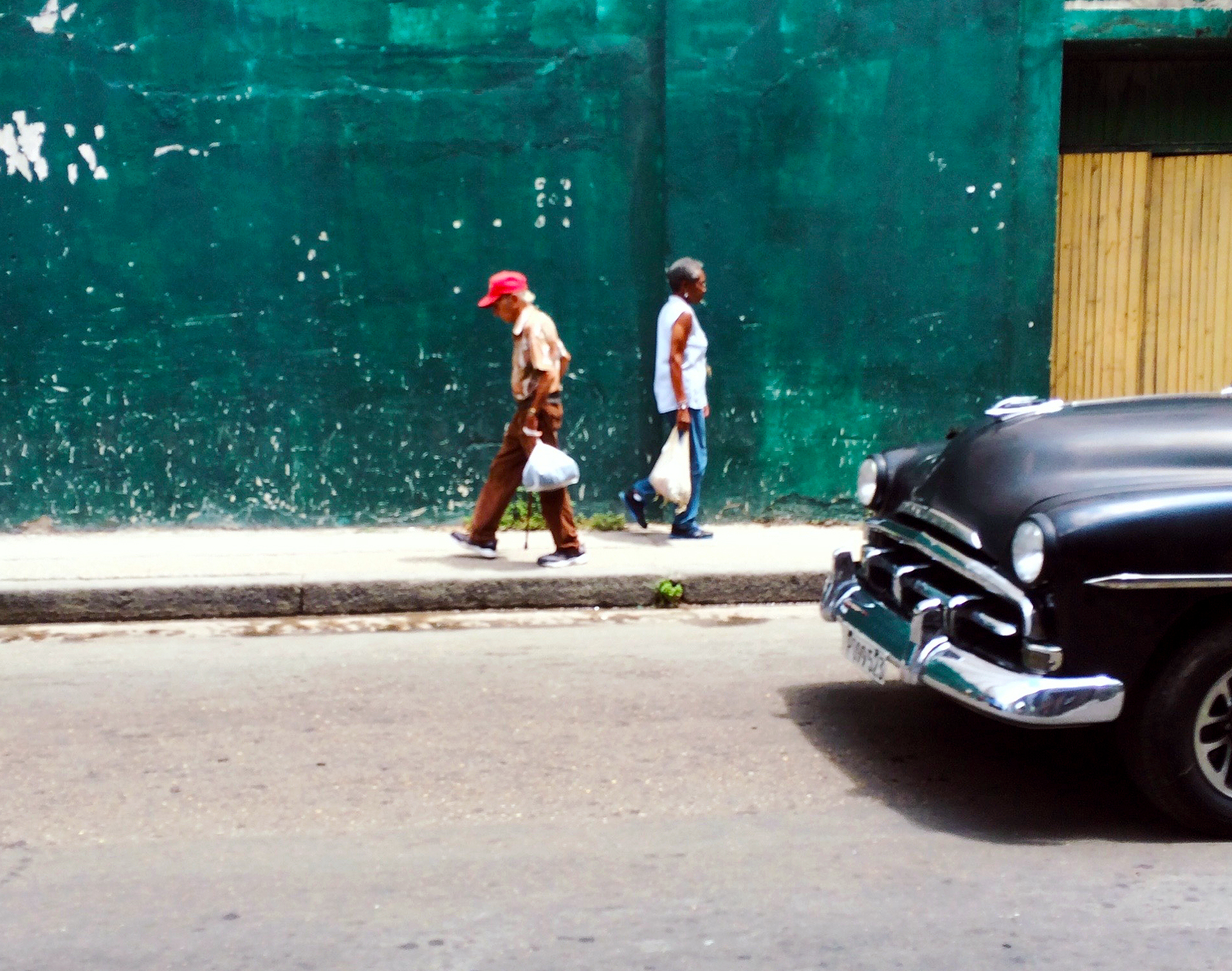 Putting a classic car in the frame gives any photo a timeless feel. This old Chevy crept in from stage left as two pedestrians crossed paths on a dusty sidewalk. 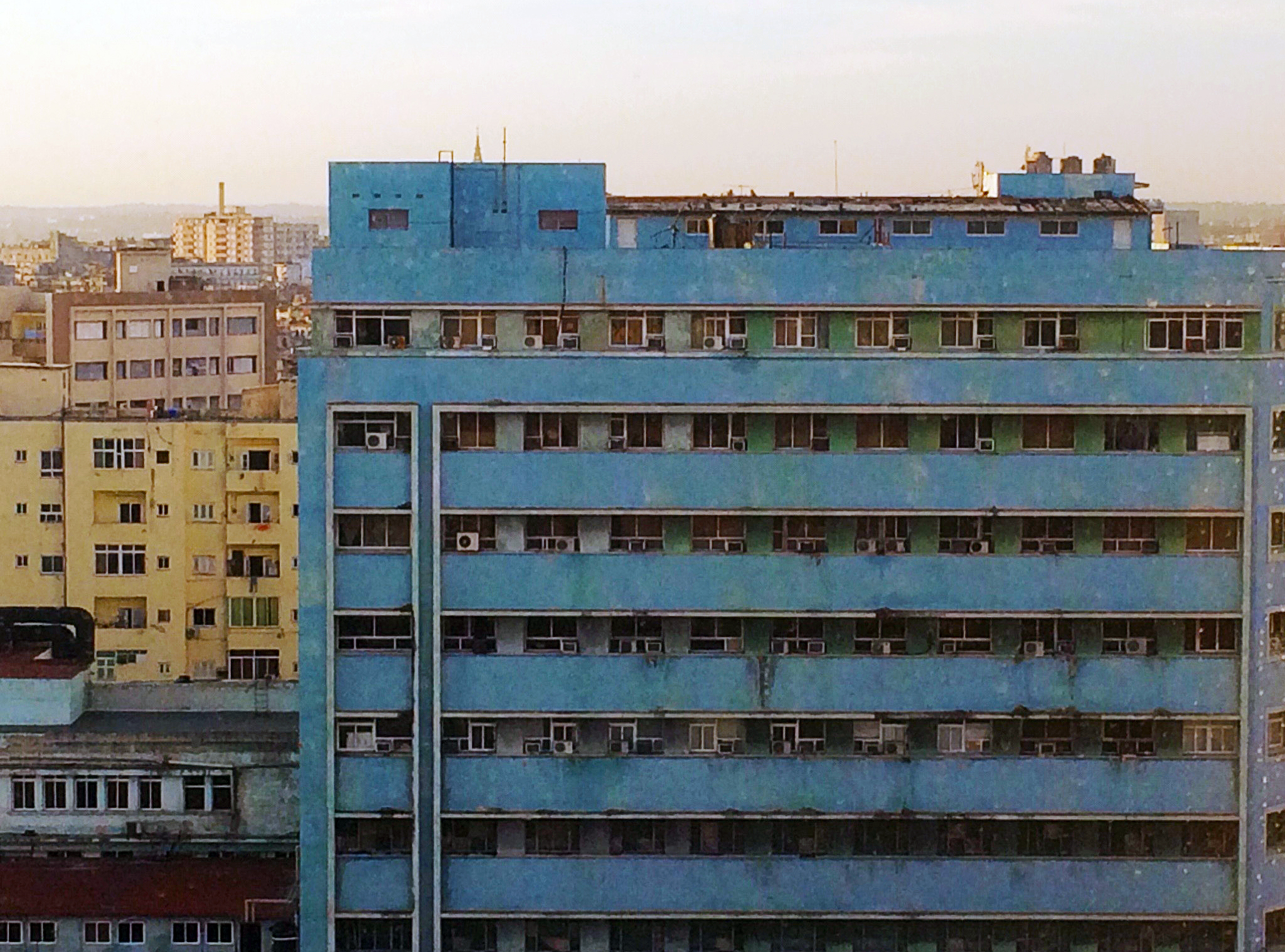 Now that certain bureaucratic edicts have been lifted, expanding imports and allowing chefs to source previously unavailable ingredients, Habanero cuisine can finally come out of the shadows. Paladares – independently owned restaurants operated from peoples’ houses – are an authentic way for visitors to eat well and, in the case of La Laurente restaurant, sight-see well too; check the veranda view. 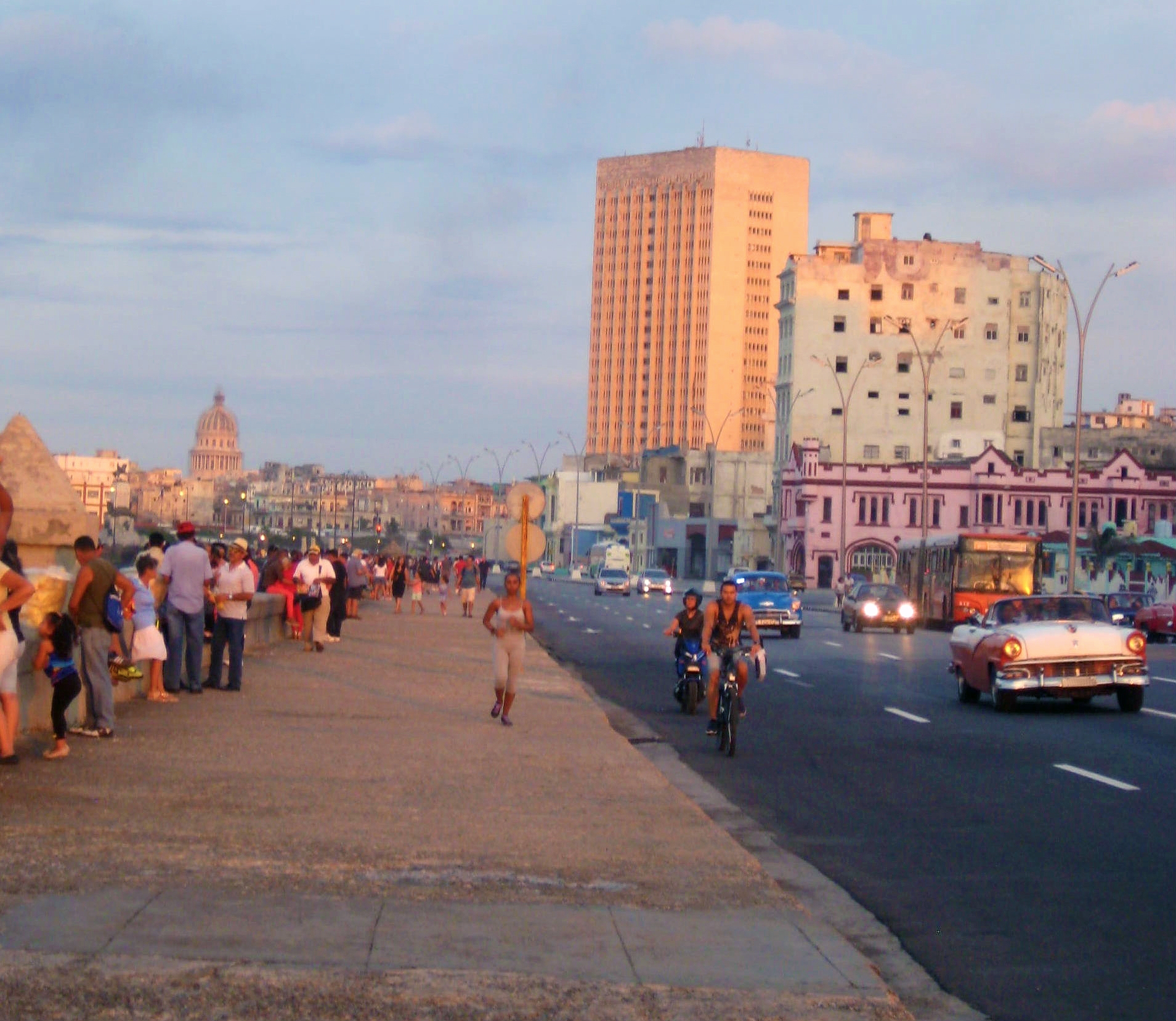 Each day at dusk Habeneros file in their droves to the Malecon, the city’s famous ocean promenade affectionately dubbed ‘the world’s longest sofa’. Coastal erosion has reduced many of its buildings to blurred facsimiles of their former glory, but that only adds to the charm. Re-entering the streets after a Malecon visit illustrates its popularity; the sea air is a refreshing break from the humid city centre.