As you may have heard, Emirates now flies at massively reduced prices from one side of the River Thames to the other. The new east London cable car ride– named the Emirates Air Line (get it?) after its sponsor – opened today ahead of the Olympics. This means north Londoners can finally venture south of the river, realise they don’t like it there, and be brought straight back again without their feet even touching the floor.

So after years of apparent wont London has finally fulfilled its dream of owning a cable car. Incidentally, according to a website specialising in their interpretation, to dream of cable cars means you’ve taken a risk on something and are anxious about its outcome. This would be fitting. Did you see Beijing’s opening ceremony?

Anyway, in light of London’s new baby we thought we’d take a glance at some notable examples from around the world. Take a ride on one of these and experience a spectacular world from a wholly different angle. 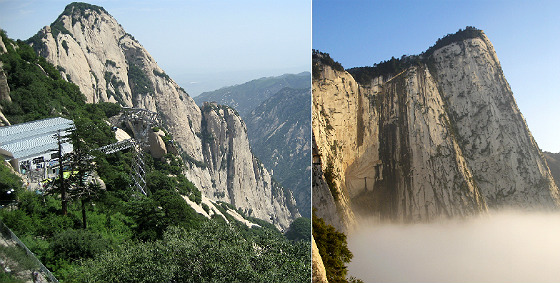 Seen as one of the most dangerous tourist spots in the world, the famously precarious cable car of Mount Hua – a 2,000-meter sheer-faced marvel in China’s Shanxi Province – is in fact the easy bit of the climb. Its cable car operates more like an elevator in its physics-defyingly steep ascent to the North Peak.

One of the Five Great Mountains of Taoism, Hua Shan is often referred to as the Splendid Mountain or West Great Mountain. It is said in Taoist mythology that, after separating the land and sky (Ying and Yang), creator and first living being Pangu was laid to rest here. His body became the mountains. With the five mountains arranged in a plus-sign, westerly-pointing Mount Hua represents Pangu’s right arm.

The views from the top are nothing less than breathtaking, and on an overcast day an undulating blanket of clouds stretches from beneath your feet. From here you can get to Hua’s Changkong Zhandao, or “Vast Sky Plank Walk”, said to be one of the most dangerous tourist hiking trails in the world. For those merely on holiday in China it is still a recommended visit, being as it is not technically demanding of a strong pair of legs. However, just two cracked feet of wooden plank are all that separates you from the unending abyss. Mercifully, you get a rope.

Should you find yourself on a trip to Los Angeles, take a few days out from the hustle and bustle to explore the beautiful Californian landscape that envelopes the city. Mount San Jacinto State Park is a few hours’ drive out of downtown LA , and quite the contrast to say the least. A cacophony of jagged desert and patches of forest blots the staggering San Jacinto mountain region that includes one of the state’s highest peaks.  The Palm Springs Aerial Tramway carries you up and over this rocky landscape to the Mount Jacinto Mountain Station, roughly 2,600 metres above sea level.

From here explore numerous mountain hikes around the mountain. The very brave/fit can make a 9-km hike to San Jacinto’s peak. From the top a seemingly limitless expanse reveals itself. As the sun goes down, the lights of Las Vegas can be made out in the distance. 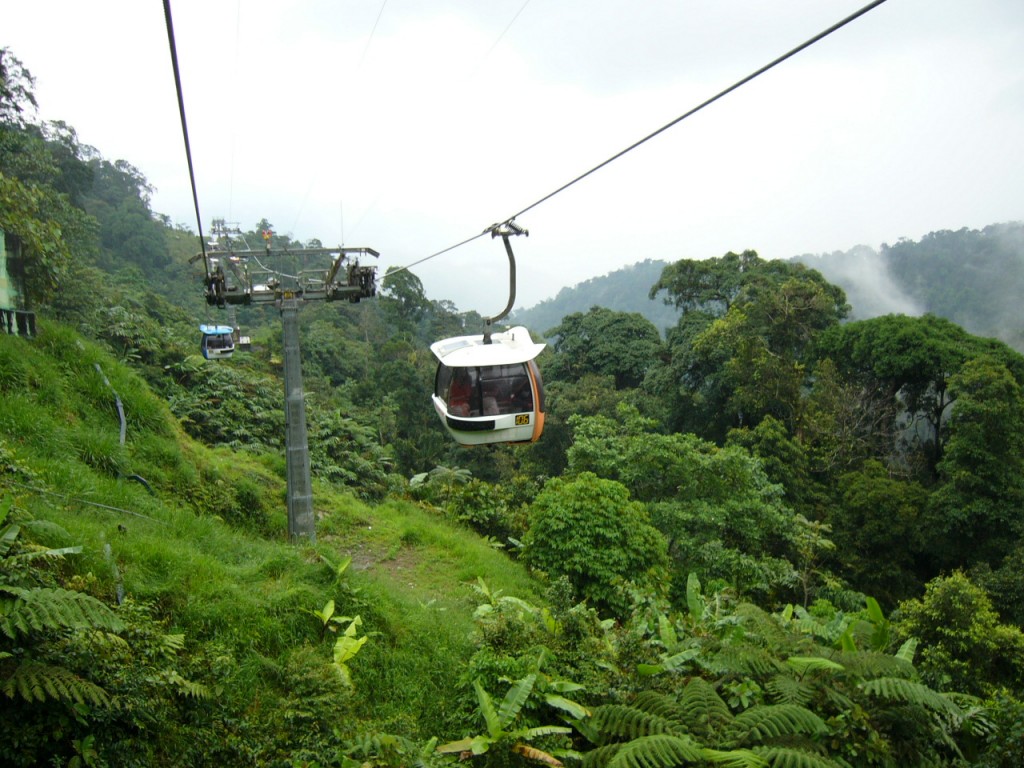 With a top speed of nearly 22 kph (the Thames cable car runs at around 12 kph), the world’s fastest monocable car – Malaysia’s Genting Skyway – can be found around 50 km north east of Kuala Lumpur. The cars travel 3.4 km and barely brush over the canopy of the thick, lush tropical rainforests below. A particularly scenic route which practically immerses oneself within staggering natural beauty, perversely the tramway’s purpose is to reach the hidden and super-gentrified casino complex – Genting Highlands Resort. 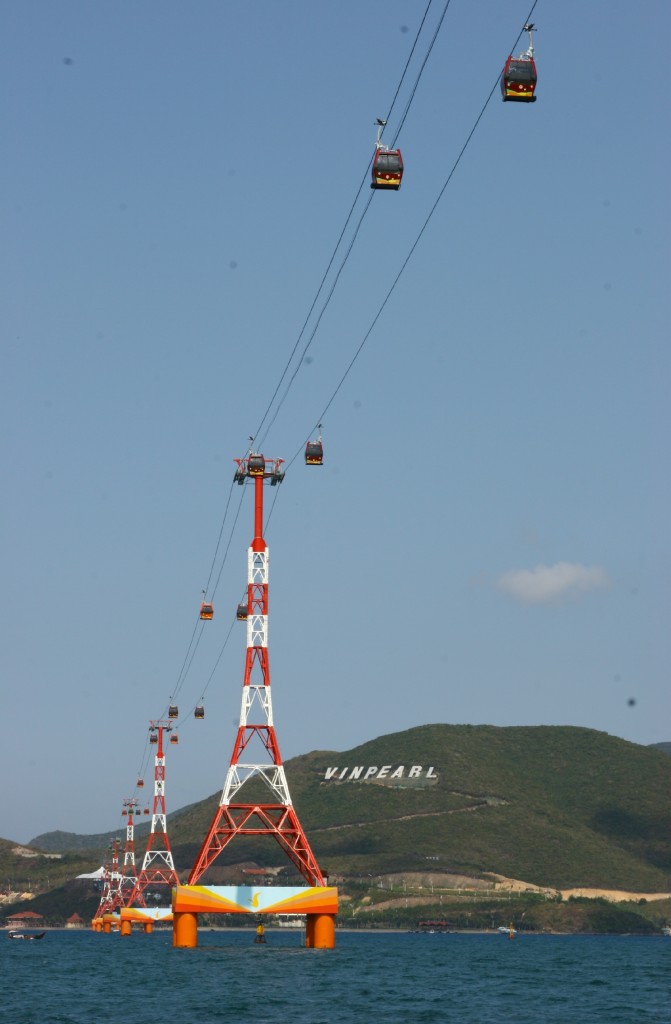 Whilst the East London’s new cable car system has yet to receive its share of praise/backlash, consider the pride of Vietnam’s Nha Trang Bay – the Vinpearl Cable Car System. Compare the 1 km length of the Air Line with Vinpearl’s 3.5 km over the water, the longest distance travelled by an aerial tramway over water in the world, connecting Hon Tre Island with Nha Trang.

At only 60 metres up it gives passengers an impressive view of Nha Trang Bay – arguably one of the most stunning bays in the world – taking in Nha Trang City, endless tropical beaches and the enticing sights and sounds of Vinpearl Land Amusement Park. Take a ride on the cable car at night and witness the lights and lasers of the theme park dance spectacularly across the sky for a truly magical experience. 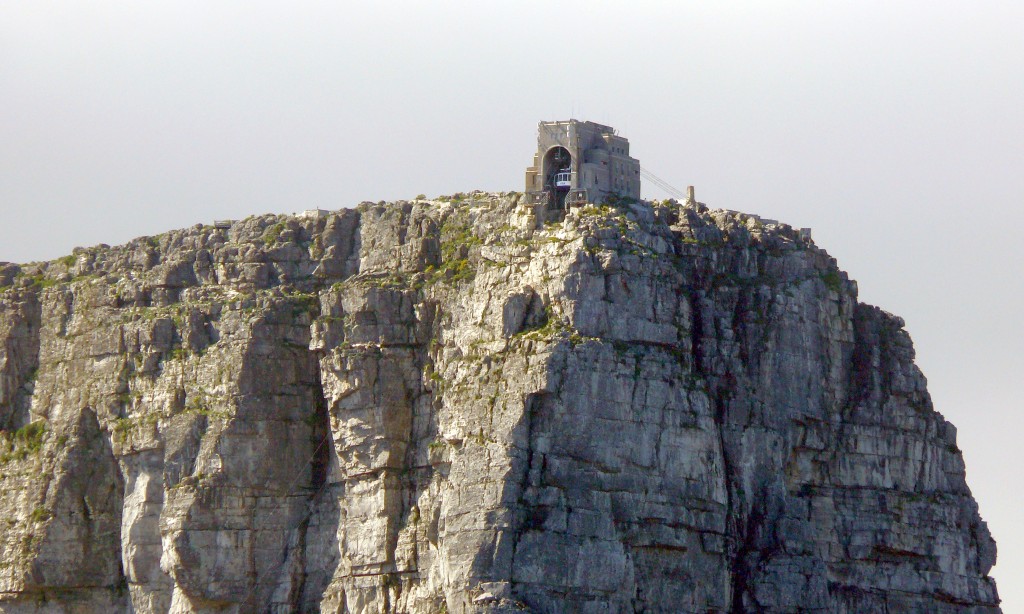 One of the earliest people-carrying cable cars and one of the world’s most renowned is Cape Town’s Table Mountain Aerial Cableway. These super-modern, rotating cars were once the sort of rickety wood and steel boxes Indiana Jones wouldn’t dare wheel through a mine shaft, but since its inauguration in 1929 the Table Mountain cable car has transported around 20 million visitors to the top of South Africa’s iconic monolith.

Of course, the is a prime tourist attraction these days, but the blistering vista of Cape Town below is nonetheless awe-inspiring. 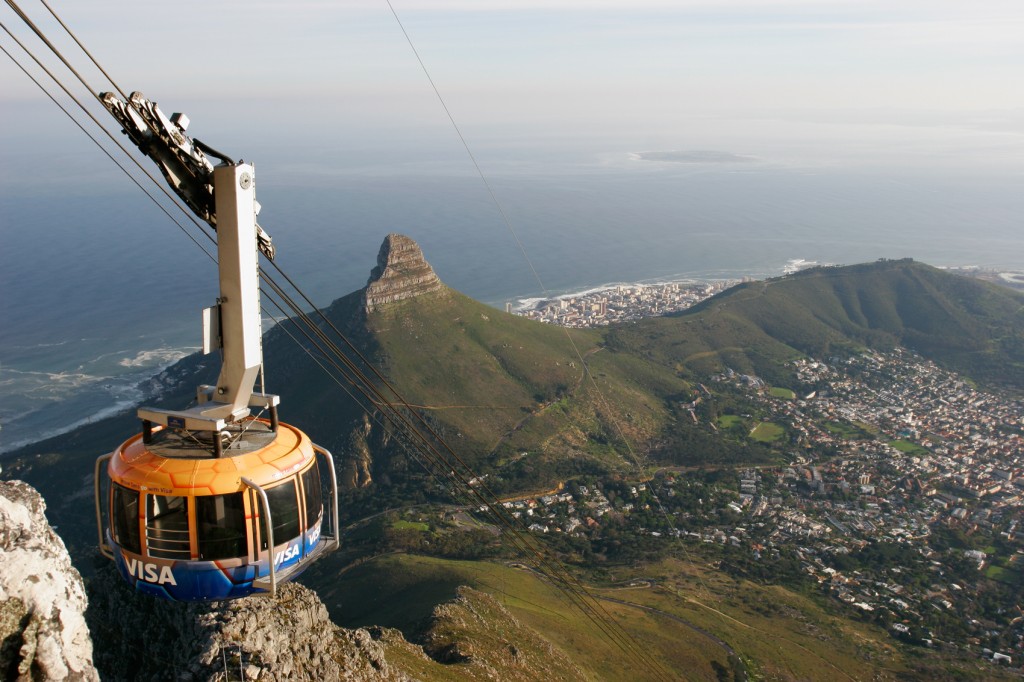 And don’t forget there’s still time to enter our incredible competition to WIN A DREAM HOLIDAY for two to MAURITIUS!