Part 2 of Kenwood Travel CEO George’s tour of China. Yesterday we recounted their days in Beijing; now George and the group head to Xi’an before taking to the mighty Yangtze River 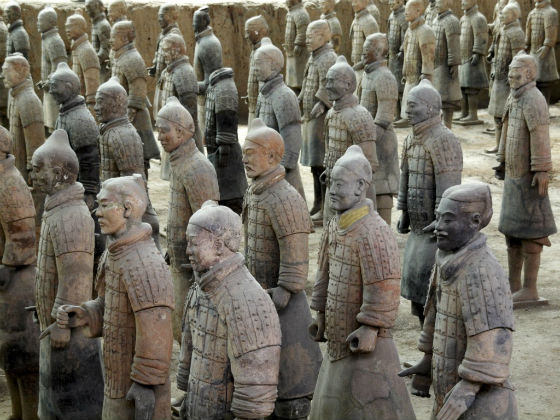 A capital city of the ancient rulers of China, the easternmost point of the Great Silk Road, and focus of China’s Western Development Drive Program during the ‘90s, it is no wonder Xi’an translates as ‘the Eternal City’.

A full day tour took in the ancient city wall that circumvents the city, followed by a trip to see the famous Terracotta Army. These artefacts, models of the imperial army of the Qin Dynsaty (211-206 BC) arranged in battle formation, are amongst the most significant archaeological finds of the 20th century. 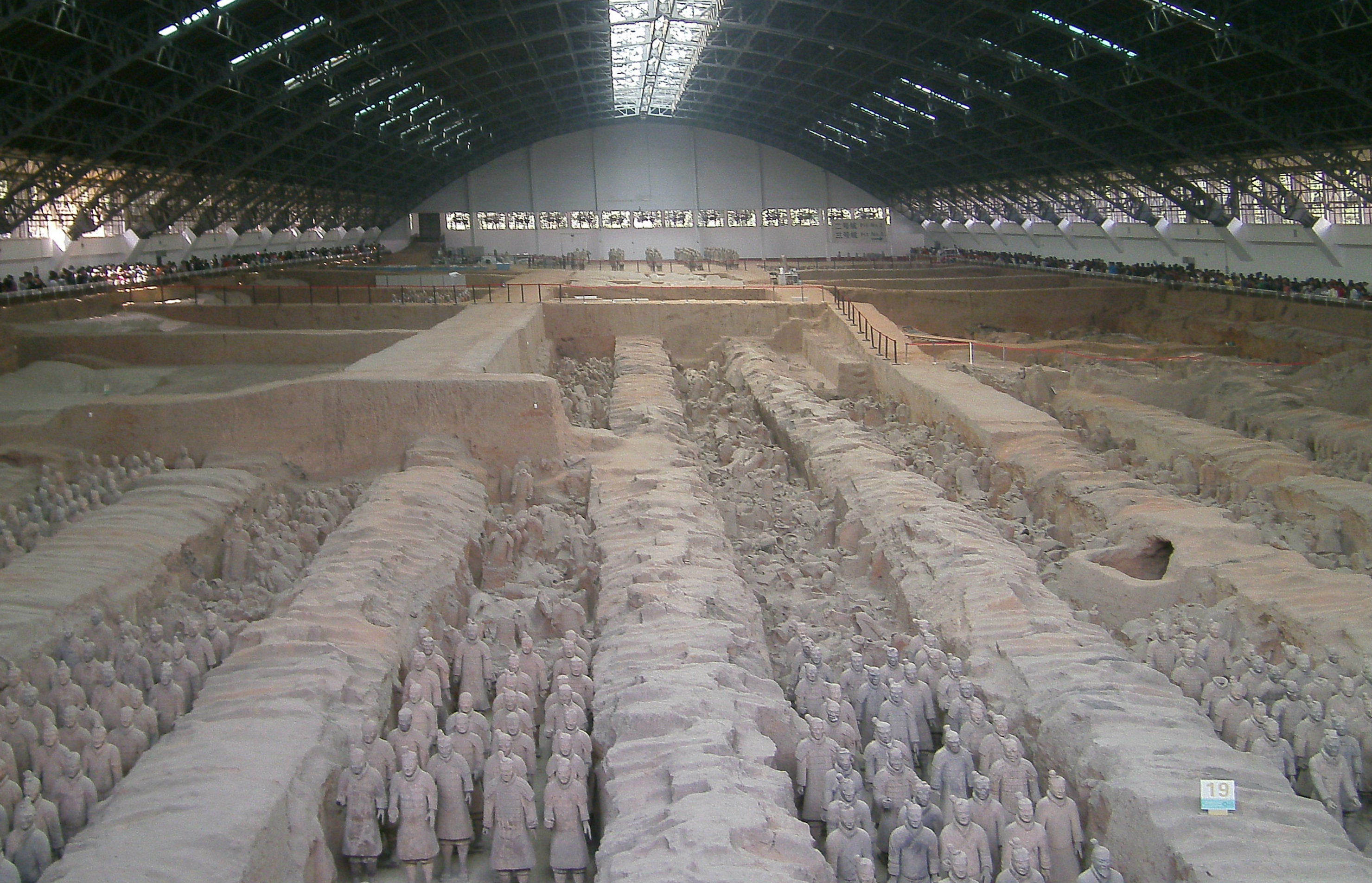 The exhibition took the best part of five hours but did include lunch; one that was more or less in keeping with the creative legacy of a model museum.

“There was a very good noodle-making demonstration.”

That evening, a Tang Dynasty show included in the package provided a roaring accompaniment to the meal. The shows are famed for their vibrant depictions of life, music and dancing during the Tang Dynasty (618-907 AD). The Tang Dynasty is widely regarded as the most prosperous. A sort of Art Deco period of Chinese history, the bright golden colours, ornate costumes and pantomime performances portray an extravagantly decadent China. 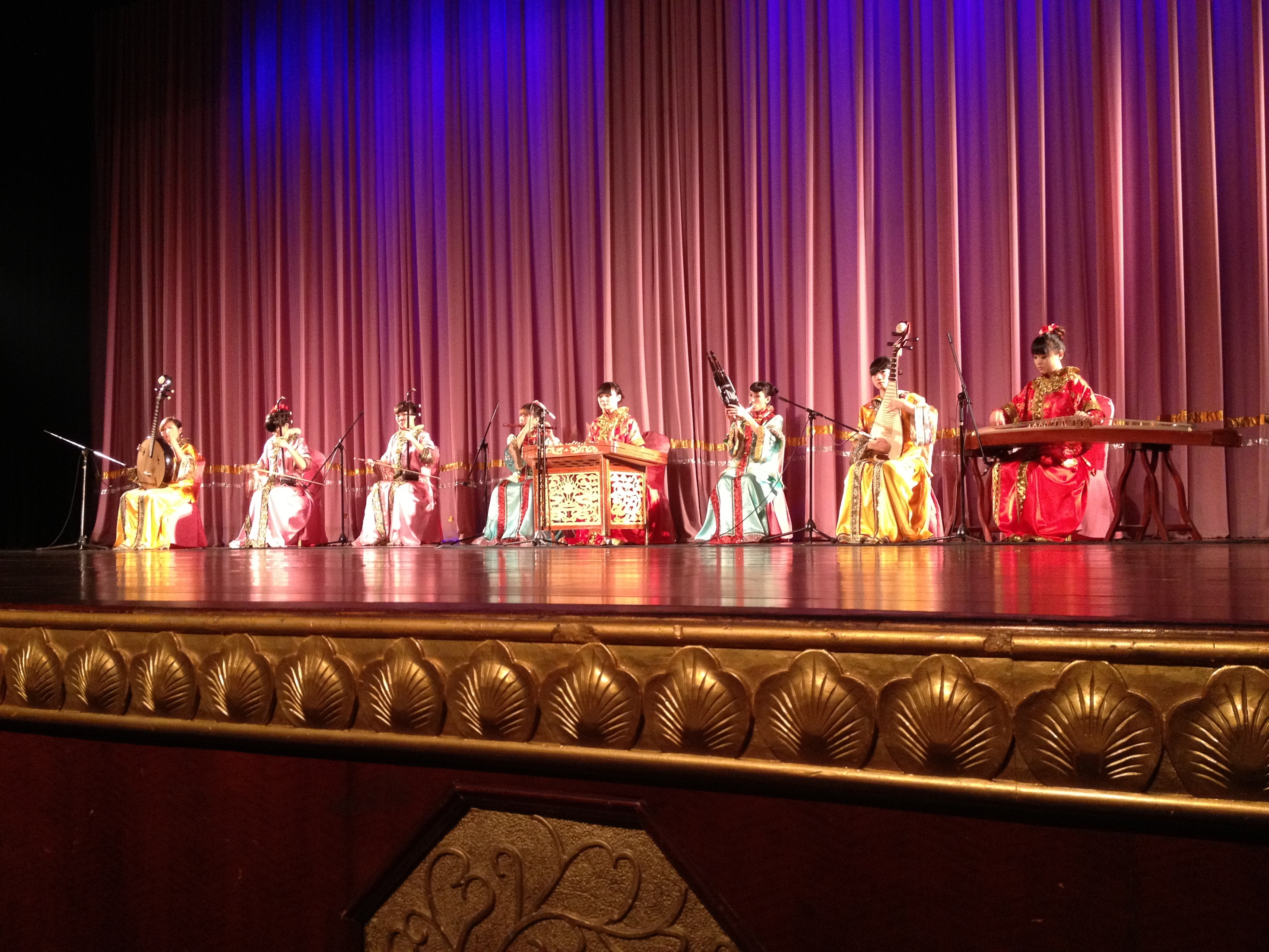 From Xi’an to Chongqing

The morning tour before heading off for a Yangtze River cruise was unfortunately cut short but did manage to take in the Xi’an must-dos:

“We were picked up from the hotel and taken to the Giant Wild Goose Pagoda and then the Shaanxi Provincial History Museum. We should have gone to the Great Mosque but there was a terrorist security alert.” 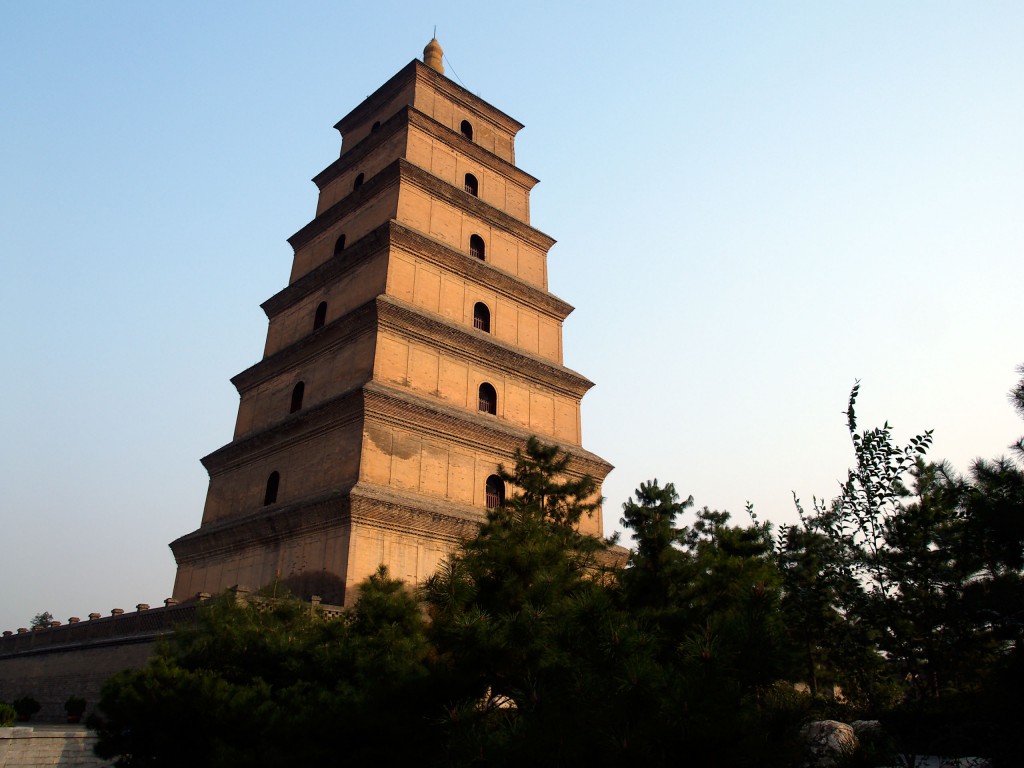 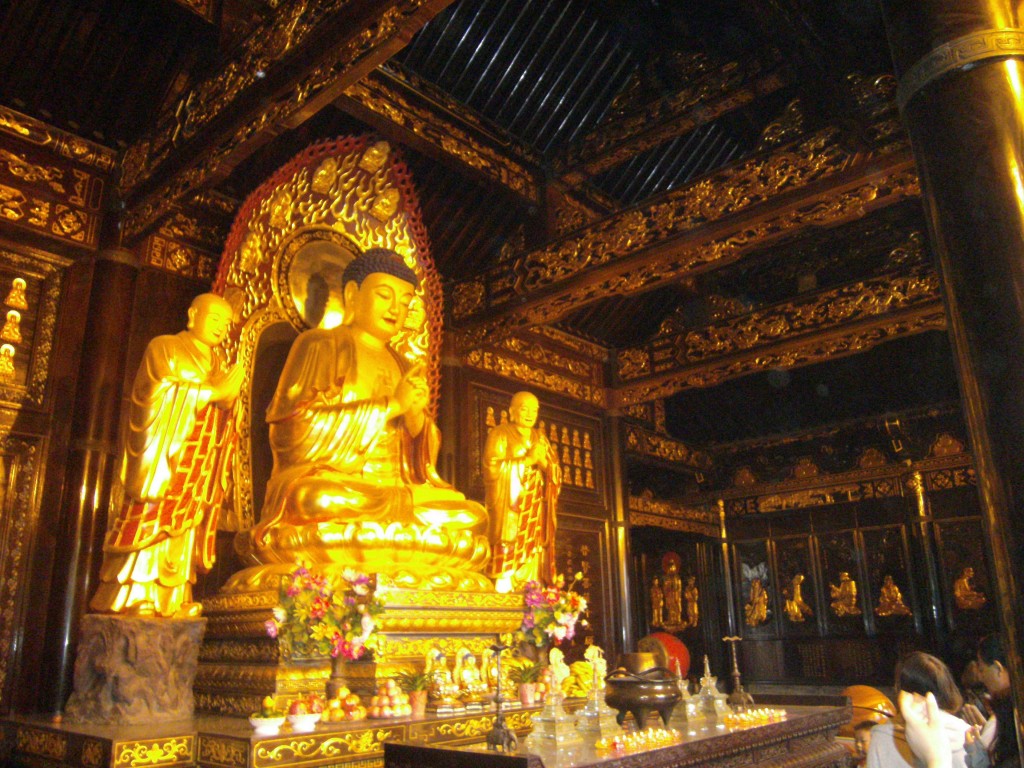 Inside the Giant Wild Goose Pagoda

Instead the group headed straight for the airport for a short internal flight to Chongqing. A smooth transition from air to earth to water, they descended upon the M/V President Prime cruise ship. The President Prime is a lavish and ostentatious beast, a modern 187-cabin cruiser based on classical European style, and the vessel that boasts a 5-star drift down the Yangtze’s spectacular gorges.

“This is about a good a class of ship as you can find on the Yangtze,” says George. “But I’d say it was only 3 – 4-stars by Western standards.

“Food was average. The breakfast was poor and far too early if you’re not partaking in the optional morning tour.”

In what seems to be setting up an inordinate rush, guests must take breakfast during the rather tight and timely window of 7 – 8 am.

Days 7-8: A Cruise Down the Yangtze

Be that as it may, awaking to the President Prime’s gentle hum as you look out to the gorge from you private balcony is a rousing experience to say the least. 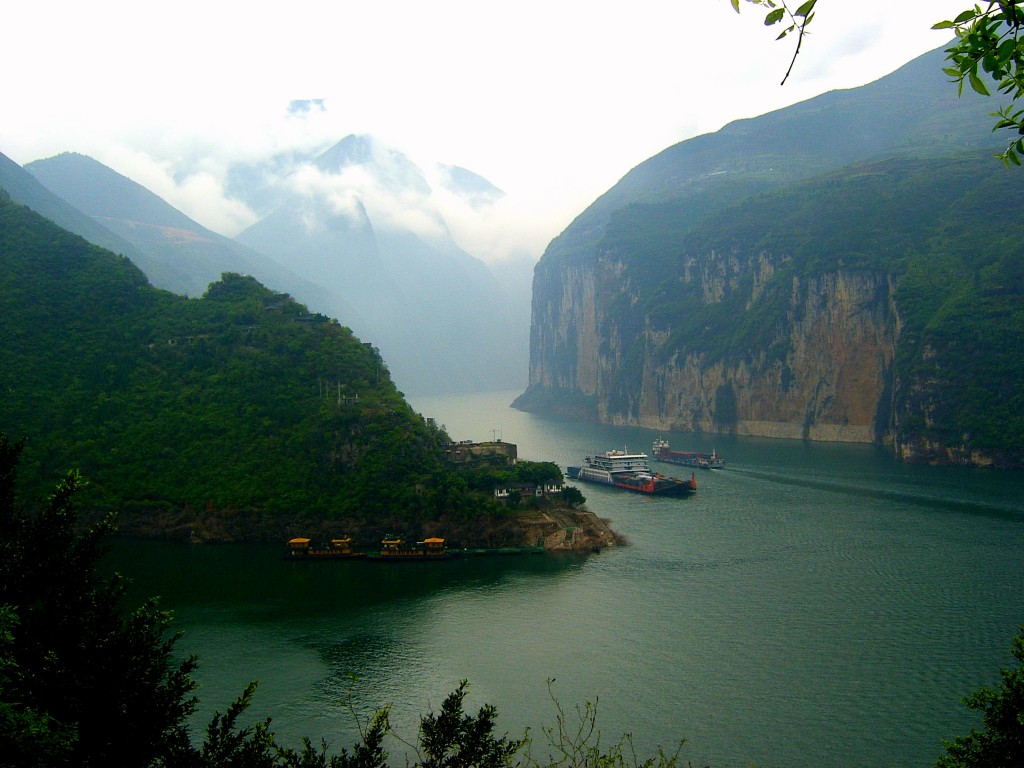 Qutang Gorge on the Yangtze River 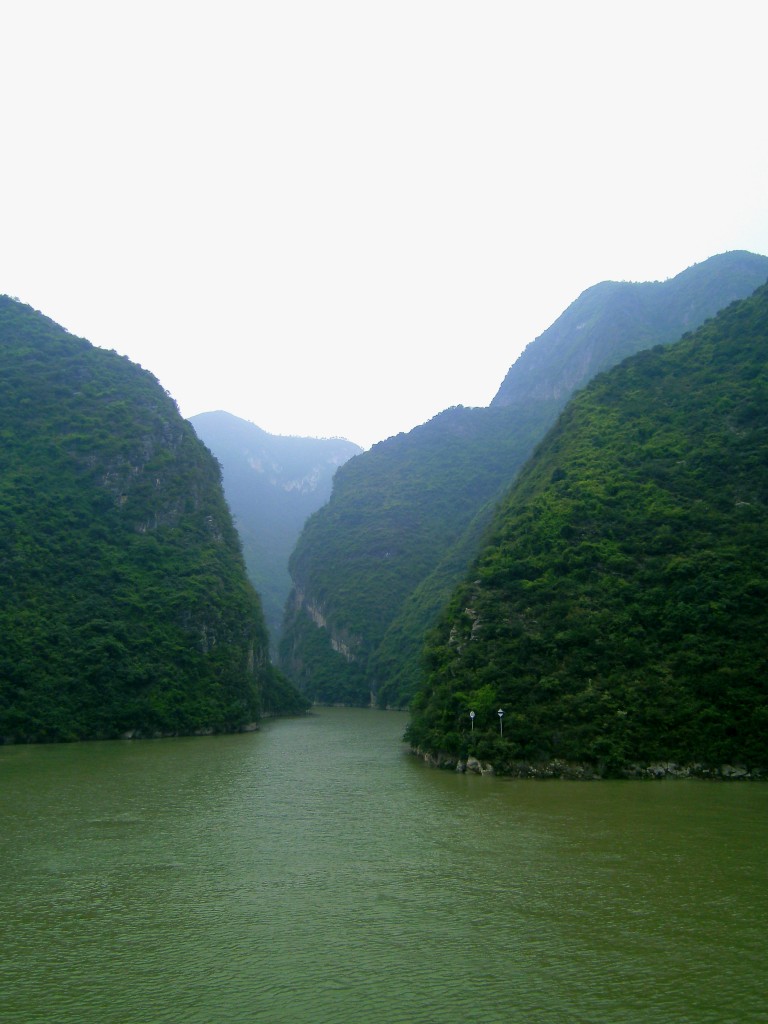 A tour around Fengdu Ghost City, on Ming Mountain on the north bank of the river, was optional for the morning of Day 7. Far from this being an ironic name, the Ghost City is so-called because it represents a Chinese vision of the afterlife, and in particular, hell. These visions date back to early Taoist teachings by two individuals here from the imperial court during the Eastern Han Dynasty (25-220 AD), who were said to have become immortal. The combination of their names came to mean ‘King Of Hell’. Later, during the Tang Dynasty, a temple was built on Ming Mountain depicting the three tests that people must undertake to reach the netherworld and avoid eternal damnation. 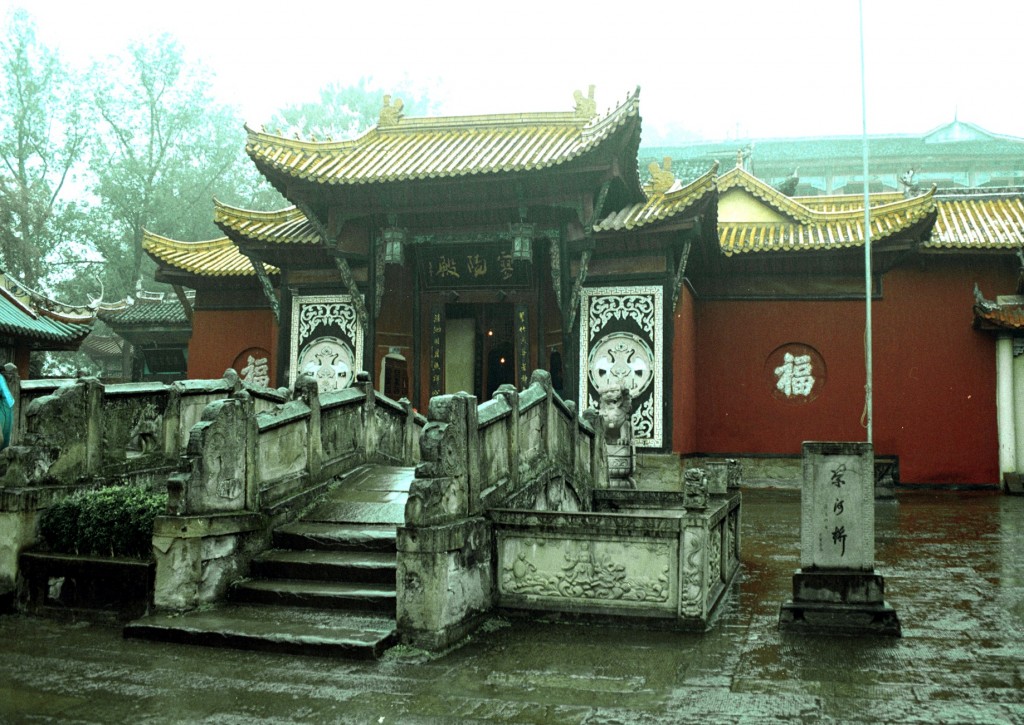 Here you see the Nothing-To-Be-Done-Bridge, a crossing path where evil people would be cast into the pools below; the Ghost Torturing Pass, where the King of Hell would judge the dead in front of his demonic minions – depicted by eighteen rather imposing gargoyles; and the Tianzi Palace. Despite its near-2,500 square metre expanse, the focus of the third test lies solely at the feet of a large stone at its gate. Here evil was finally meted out by the bizarre notion that the ghosts of good people could stand on one leg for three minutes, but evil ghosts could not. Kind of like a field sobriety test with more absolute consequences.

The afternoon tour took in a visit to the Shibaozhai temple and pavilion. The ‘Precious Stone Fortress’, as it translates, comprises a distinctive redbrick temple sitting atop a steep-sided, 200 metre-tall hill on the riverbanks. 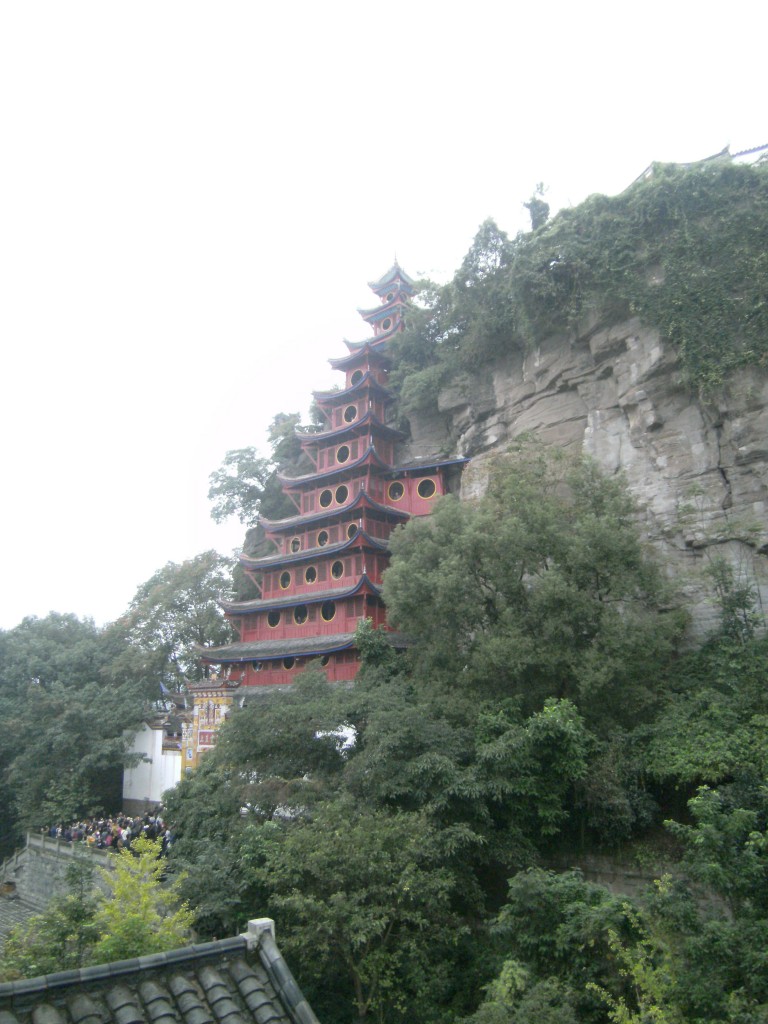 “It’s beautiful but there’s lots of stairs. Not so good if you’re not too fit!”

The next day comprised a cruise through the Three Gorges – namely Qutang, Wu and Xiling – a 200 kilometre-long region of the river featuring spectacular ridges and rock formations that line its sides, and the famous Three Gorges Dam. Only fully functional as of this summer, and subject to considerable controversy due to its damaging ecological effects such as causing landslides in the region, the hydroelectric dam is one of the world’s largest power stations.

As evening brought day 8 of this tour of China to a close the cruise liner passed through the five-stage locks of the dam, while on board guests sat down to a farewell dinner and talent show.

**Check back tomorrow for the final furlong of George’s Tour of China, when the group end up in glitzy Shanghai**