Join us as we enjoy a thrilling day out riding the world’s fastest roller coaster at the world’s largest indoor theme park, Ferrari World Abu Dhabi.

At more than two million square feet in size, Ferrari World Abu Dhabi is another impressive addition to the UAE’s trend of record-busting attractions, such as Palm Jumeirah or Burj Khalifa, that make Arabia holidays so incredible. The park opened its doors to keen Ferrari fans back in 2010 on Yas Island, Abu Dhabi, and continues to wow visitors with attractions revolving around the iconic Italian sports car brand.

Kenwood Travel wanted to know what this special place had to offer and sent our team to scout it out. Here are their impressions and experiences. 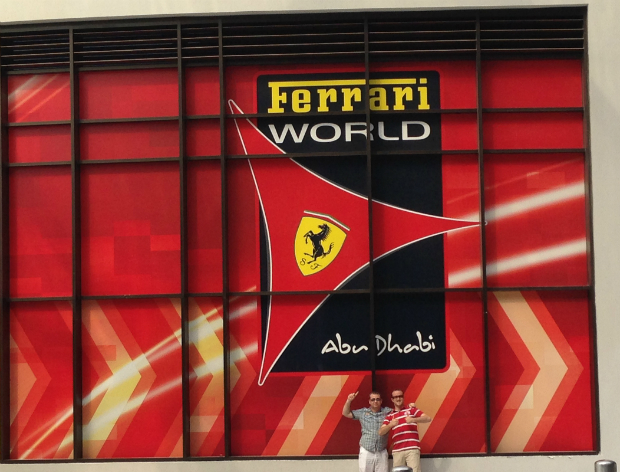 The scale of the park becomes apparent at the entrance.

Being confronted with such a strong Formula 1 brand image may seem like the park is only fun for racers and petrolheads, however, that’s not the case. Our team agreed there is something for everyone, whether an F1 fan or not.

The park’s current most amazing feature is the world’s fastest roller coaster Formula Rossa. With an acceleration of 0-240 km/h (149 mph) in 4.9 seconds you can know first hand what it feels like to be an F1 driver, complete with genuine F1-level G-force. 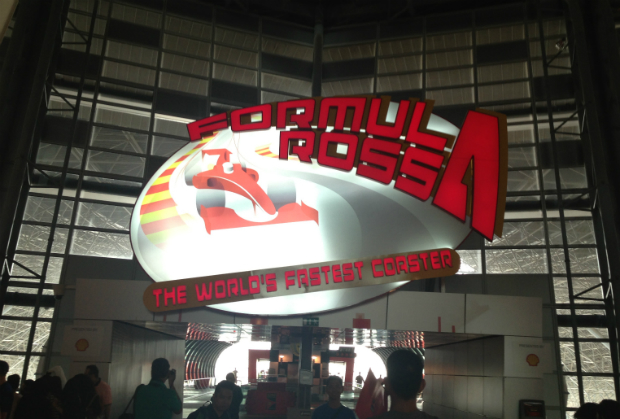 The entrance to the fastest roller coaster of the world – Formula Rossa.

“You just didn’t know what to expect. It was amazing, a great experience, and not as bad as you thought. Its really short but you don’t need to be scared, it doesn’t have any loops or anything, but the G-force is the same as in an F1 car,” said one team member. “My legs were like jelly when I got off – scary but it was worth it!”

For those without a need for speed however, slower tempo pursuits are available, not least Galleria Ferrari, the world’s largest collection of Ferrari cars outside of Maranello. 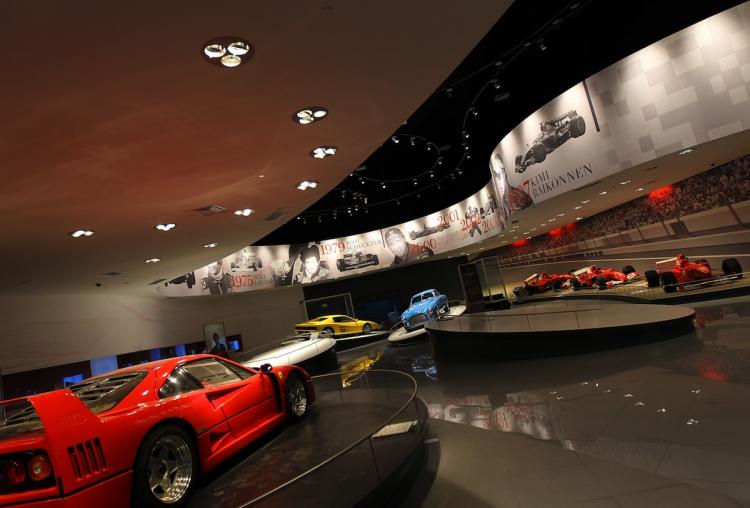 The Galleria Ferrari is the biggest Ferrari exhibition outside of Maranello, Italy.

The planning and design of the park deserves some recognition for its appeal to younger visitors. As the racers of tomorrow, the younger generation enjoy lots of ways to live their driving dreams, be it a tour around Bell’Italia in a Ferrari 250 California Spyder, or a few laps around the Junior Grand Prix.

Kenwood Travel recommends The speed Of Magic ride for younger children and families. For young teenagers upwards, the whole park has lots for everyone. The Scuderia Challenge, for example, is a state-of-the-art simulator that lets you test your skills on the track with authentic F1 seats and steering wheels. 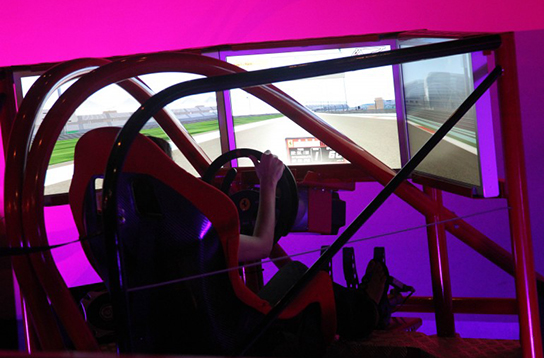 Ferrari World Abu Dhabi is unique because it’s all about Ferrari – and speed – but it also has the historical aspect, with the priceless old cars to see first hand. It’s every boy’s dream, really.