Within seconds of meeting our tour guide – the inimitable Juliet Coombe – she’d told us how Shell Oil got its name. We’d driven from Bentota to Galle Fort on the southwest coast of Sri Lanka for a tour organised by our hotel, Vivanta by Taj. We were looking forward to exploring the fort’s ancient ramparts and lighthouses, so why this fact about a 21st century capitalist corporation?

Bear with… The walls of the fort were made predominantly of shells. (Great for breathability, allowing air to pass through the structure, regulating its temperature in the searing heat and preventing cracks.) Back in the day, before its ventures in the black gold market, Shell Oil Co. used to sell seashells to shipping companies who used them in vast quantities to achieve better buoyancy in their hulls. So, therein lay the connection. Fittingly Juliet, who delivered her wealth of knowledge like artillery (in a good way), was standing on a cannon plinth.

Hopping down she led us through a narrow gap in the fort wall to the beach. Calm, turquoise waters, one or two swimmers, a wedding photo session on the sands… Unfortunately there were no daredevil divers plunging from the 45 ft Flag Rock, but Juliet’s description of their acrobatics allowed us to picture them there nonetheless. Octopus and giant turtles, as well as hawksbills and leatherheads call these waters home, while further out to sea lie mysterious shipwrecks that were unable to heed the warning from the fort’s majestic 85 ft working lighthouse. Gazing up at it, emerging in brilliant white from a cluster of swishing green palm trees, we learned this was the height of the 2004 tsunami’s devastating wall of water. A sobering thought to say the least. This 16th century Portuguese-built fort withstood the tidal wave, while modern Galle beyond its walls was inundated. Enduring, sturdy, stubborn. Galle Fort is a symbol of survival in the face of adversity. 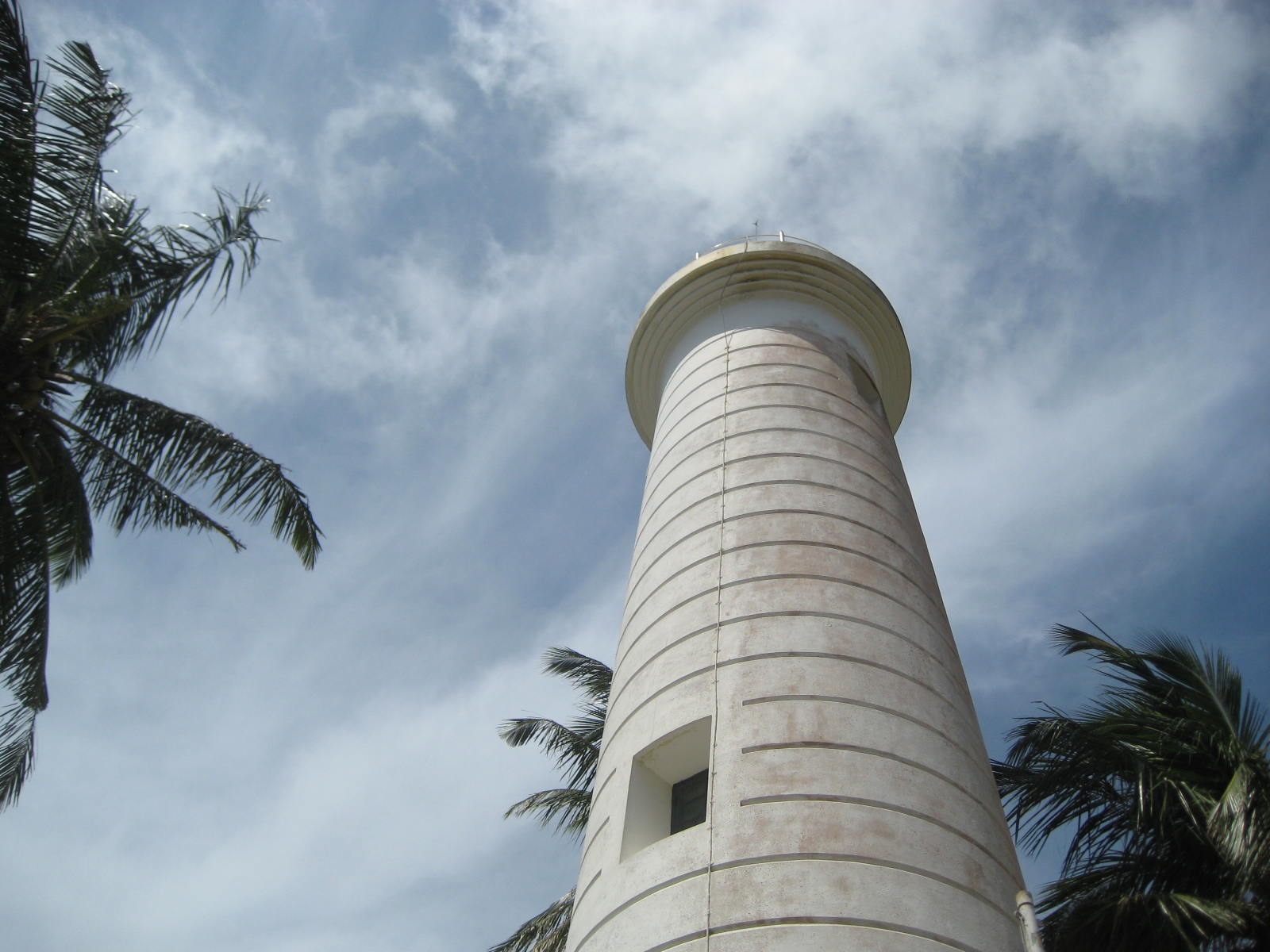 Galle is the largest colonial fort in Asia

They say that time has stood still here, and there’s certainly a sleepy pace to proceedings up and down the narrow streets. Locals get around on foot or pushbike mostly and, but for the odd 50s-era Chevy, there are few motor vehicles. Like Cuba, it has proved difficult and costly to get a modern car in Galle Fort, adding further to the feeling of time being suspended. You notice an eclectic mix of colonial, Portuguese and Moorish architecture, and churches, mosques and Buddhist temples all rub shoulders in this ambient old merchant town. Despite its history as a military stronghold, there is no doubt this is now a peaceful place where different religions can coexist in harmony. 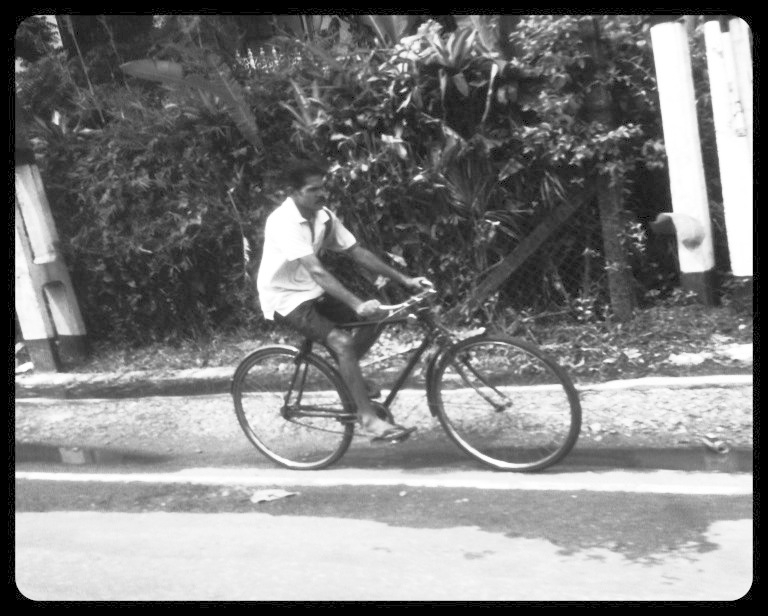 A rather more relaxed rush-hour

Galle is half way around the world. Now, seen from a certain perspective, every point on earth is half way round the world, the earth being, as we know, a sphere. Pedantry aside though, Galle Fort is half way along the world’s major East-West trade route and has therefore held tactical importance for many empirical regimes, from ancient Chinese dynasties to the Portuguese, Dutch and British.

It was noon, and very hot. An experienced guide, Juliet knows when it’s time for refreshment and shade. Serendipity Arts Café is a rustic beachshack-esque establishment that serves tasty local fare and, luckily for us, icecold fresh lime juice. Ceiling fans circulated a cooling breeze as Juliet told us more about the region’s spice trade heritage. After learning about the magical healing qualities of cinnamon, it was no surprise to discover this special spice was at one time worth its weight in silver, and was distributed by the tonne from the fort’s old warehouses.

Juliet can tailor your tour specifically to you / your group’s interests. Cookery, history, gardening, architecture, kid’s tours etc are all available. Alternatively, guests at Vivanta by Taj Bentota can book their Galle Fort Walking Tour through the hotel.