For those of you that don’t know, Thailand is home to one of the best parties on earth…the Full Moon Party! Every year thousands of people flock from all corners of the globe to enjoy huge beach parties. The parties originated on the island of Koh Phangan  on the night before or after each full moon. Today, top international D.J’s pump all kinds of music from  R&B to drum and bass, house, dance and reggae. When mentioning the Full Moon Party, the first thing that springs to mind is Koh Phangan. The busiest and most popular Full Moon Party remains Koh Phangan’s, where each month over 10,000 people gather on Hat Rin Beach (the southernmost tip of this island) to celebrate the coming of the full moon. Alcohol is sold by the bucket and tattoo artists are on hand to apply neon paint. The schedule is as follows:

However…many people are now of the opinion that the Koh Phangan Full Moon Party is too extreme and a bit too crazy for some party goers. The crowds and the intensity can be a little overwhelming and the party has become quite touristy. Given that the main Full Moon Party is not for everyone, I have listed a few alternatives, some in Thailand and some elsewhere for you to enjoy.  In addition, if you have already booked a holiday to Thailand and have missed out on the Full Moon Party, don’t fret. There are plenty of other parties for you to enjoy…

Koh Tao has always had a great party scene, both on the beach and in the more private spots dotted around the island, especially after the full moon. A great spot for snorkelling and diving, you can combine a fantastic diving holiday with the party of a lifetime. I have been to Koh Tao, sampled the nightlife and I enjoyed every bit of it! A two-week holiday on Sairee Beach in Koh Tao is just about long enough to experience everything that Koh Tao has to offer. As I mentioned earlier the diving is different class, the culture and natural beauty is wonderful and everywhere, we hired out Mopeds and rode around the island, visiting quaint bars and restaurant with unbelievable views and extremely friendly owners. A great bar located right on Sairee Beach is called ‘The Cave’. Locals dominate the pool tables challenging tourists and more often than not they end up winning decisively! Nonetheless a great atmosphere in the evenings and a lot of fun. We had the chance to enjoy the ‘Half Moon Party’ which was much more chilled out than it’s Ko Phangan equivalent but lots of fun. The beach is the most popular spot for the Full & Half Moon parties and there are plenty of resorts that have built up the area as demand has increased. This is great if you are looking for accommodation right in the heart of the party but not so good if you do not want to party all night long and want to catch up on some sleep. Plenty of tourists have experienced this problem and if you are one of these people, my advice would be to choose accommodation a mile or two away from the beach. That way you have the best of both world. Myself? I stayed in a beautiful little hut right on the beach…It was paradise. 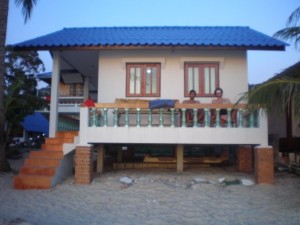 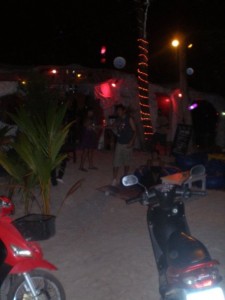 The Full Moon parties on Koh Phi Phi (the set for the film ‘The Beach’) are nowhere near as crazy as the Koh Phangan version and the crowds are far smaller, making this party a completely different experience. Similar to the Koh Tao party (although significantly bigger) this toned down version of the original Full Moon Party is a great choice. 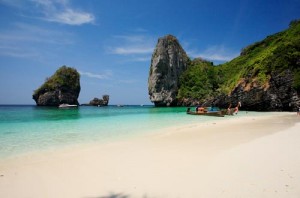 Koh Samui
The full moon party scene is not quite the same as it used to be. Still very lively and definitely worth paying a visit to! Koh Samui host all kinds of parties from Half Moon to Full Moon and even Black Moon parties. This means that there is no need to worry if you have already booked your Thailand holiday and have missed the Full Moon party as there is bound to be another equally good party just around the corner! 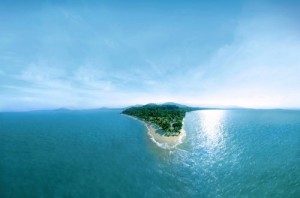 Surat Thani
Relatively new to the nightlife scene, Surat Thani is host to the half-moon party. It was originally started, and has now grown in popularity, due to the decline of Koh Samui’s beach parties. This is due to many things but the key point being the rise in luxury property development in the area. Having said that, the Half Moon crowd have gone to great lengths, offering fantastic packages in a bid to compensate for the relatively long journey over to the mainland.
For as long as I can remember, Thailand has been considered the best place to party under the full moon. However, other full moon beach parties have emerged as alternatives to Koh Phangan. Some of these new events are easily on a par with Thailand’s famous event while others are a slightly toned-down version, but each is unique in its own right:

Moving away from Thailand we have another sensational party spot…Nasimi Beach, Dubai. Dubai is THE place to go if you’re looking for great parties and loads of ex-pat fun in the sun! There are fantastic parties and club nights in the top hotels and, once a month, Atlantis The Palm hosts the world’s newest Full Moon beach party…’Sandance’. The first Atlantis Full Moon party was held on April 9th 2009 and was such a huge success, they have made it a regular event.  You have never experienced anything like it. The beach at Atlantis is beautiful, with cool Beach Cabanas (only available during the parties with a minimum spend), bars, shisha, fireworks, fire-dancers and private tables, giving you that extra bit of exclusivity. The party hosts world-class D.J’s (the likes of Faithless) and is becoming more and more popular ever year, with 8500 people turning up to the most recent event on March 11th. Overlooking the amazing Atlantis The Palm this great party has all the potential of being better than the original and is becoming more and more popular every year. It has become a much more glamorous and upmarket version of Thailand’s Full Moon Party. 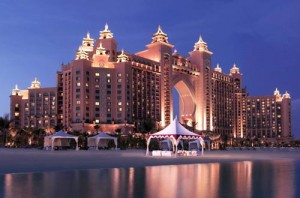 Full moon parties in Goa, India are very common nowadays. Originally a favorite destination for hippies back in the 1960’s, It still carries much of the appeal that brought thousands flocking all those years ago. Today the area a huge playground for anyone looking for a good time. Anjuna Beach is a central point; many people gather to enjoy original Goan music in affordable bars and nightclubs. These parties in Goa have a similar sort of crowd to the Thailand parties with the young backpackers still prevalent.

Florida
For those who fancy a bit of American fun, why not try one of the most glamorous destinations in the USA…Miami, Florida. The Ritz Carlton holds full moon parties each month and the next party will be held on February 8th. There is no doubt that any kind of party in Miami is going to be filled with glitz and glamour, beautiful people in shorts and bikinis and a decent quantity of alcohol! The parties only go on until 10pm so it’s nowhere near as crazy as some of the others but im sure there are plenty of after parties to enjoy if you still want to party. 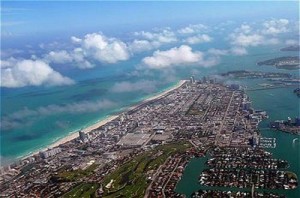