Last week the BBC’s The Apprentice gave us a first glimpse at the Waldorf Astoria Ras Al Khaimah, a hotel inviting holidays to the UAE, not just Dubai. We also have an opening offer of a 10% discount on bookings.

If you’d watched The Apprentice Episode 5 last week on BBC1 and resisted the urge to throw something sharp and heavy at the TV screen, you’d have caught a rare glimpse of the insides of the brand new Waldorf Astoria Ras Al Khaimah. This palatial hotel doesn’t open until 1 August 2013 – you may recall in the opening scenes of The Apprentice a beautiful, voluminous yet sparse lobby, populated only by scaffolds, the show’s protagonists and a flatscreen TV projecting Alan Sugar’s face – but already a wealth of interest has developed, not just over the hotel but also this rapidly growing tourist destination. 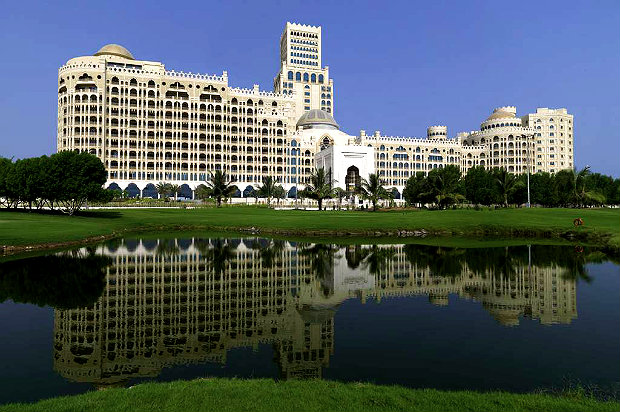 The Apprentice contestants were tasked with picking up some decorative items for the hotel from Dubai to bring back to the manager, and in doing so negotiating for the lowest price possible. Dubai itself is a known haggler’s dream even, and this actually came as a surprise, in the enormous Dubai Mall, where one would expect prices to be generally fixed. Not so, it seems. One item that proved particularly elusive was the infamous ‘oud’. Far from being a mahogany-based fragrance, as the self-proclaimed Dubai expert had taken its description to mean, it turned out the oud is in fact a musical string instrument. Made of mahogany, unsurprisingly. 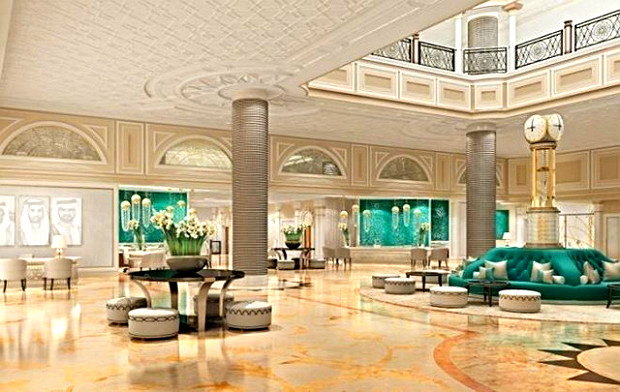 Interestingly, you may also recall that the guys from The Apprentice weren’t actually in Dubai when they began their ill fought assault on the souks, malls and unassuming merchants. In fact, the scenes en route to Dubai showed quite a lot of desert, an impossibly straight road, the odd supercar overtaking and very little else. This would be accurate. Downtown Dubai lies just over an hour’s drive south west of the hotel, in the Dubai emirate. Ras Al Khaimah is capital city of the Ras Al Khaimah emirate; known also as The Rising Emirate, it is the United Arab Emirates’ (UAE) northernmost, and somewhat of a different place. 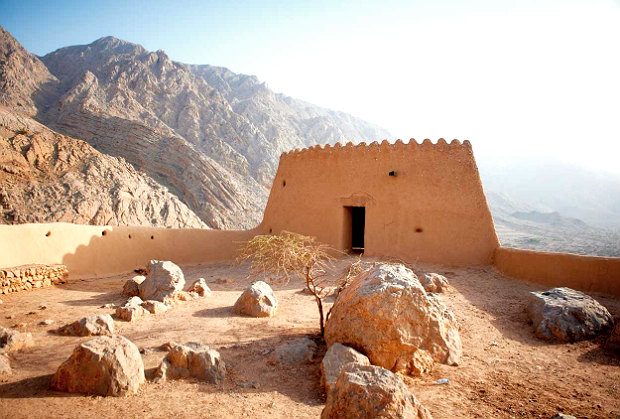 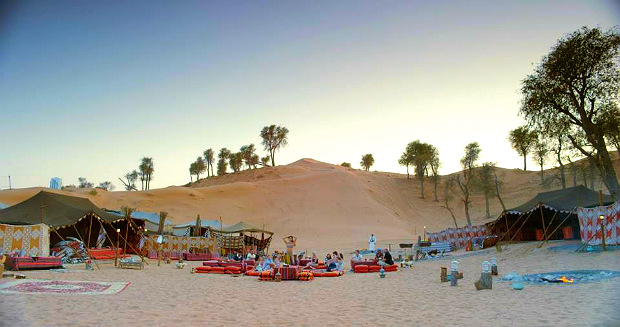 With such global attention levied on federal capital Abu Dhabi, second city Dubai and their emirates, it’s easy to forget that there are another five making up the seven emirates of the UAE. Each is governed by an emir, which is a hereditary position, and one of the emirs is chosen as President of the UAE. HH Shiekh Khalifa Bin Zayed Al Nahyan has held this position since 2004.

An interesting little factoid is that of the seven sands of the UAE. Did you know that each emirate has a predominantly different coloured type of sand? Actually, if you’ve ever paid a visit to the UAE, you probably did know this. Souvenir-makers tend to exploit the sand angle frequently. Nevertheless, the order of coloured sand goes: Abu Dhabi – red, Dubai – light red, Sharjah – brown, Ajman – cream, Umm Al Quwain – blue, Ras Al Khaimah – white, and Fujairah – black. 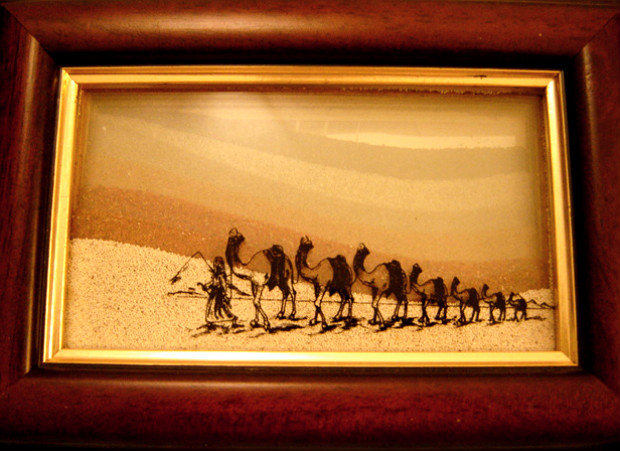 Admittedly, Kenwood Travel lists Waldorf Astoria Ras Al Khaimah under Dubai holidays. This really is for convenience’s sake. You guys out there in Interwebland tend to seek hotels just outside of Dubai in the context of Dubai holidays so that’s where we have to put them, so you can find them; technically, we’re all wrong.

Ras Al Khaimah is a bit like the Chicago to Dubai’s New York; a more chilled out version that is nonetheless ambitious, exciting and engrossing. From the air it is almost like an oasis, a bright green and pastel stone haven in the midst of a golden desert. Marinas and lagoons partition the white sands of the beachfront; meanwhile the Al Hajjar Mountains in the distance provide a dramatic backdrop.

In many ways Ras Al Khaimah is a purer version of the UAE than either of its bigger brothers, less influenced by the West as it has no need to be a commercial centre. It can also prove to be the affordable luxury option when Dubai proper sits slightly out of your budget. It’s just 45 minutes’ drive from Dubai International Airport, and only a half-hour drive from the Omani border. Oman is famously welcoming, so to split your holiday in the UAE with a trip to Oman is no major to-do.

The Waldorf Astoria promises to be nothing short of spectacular. Scenes from The Apprentice showed us the magnificent marble and glass halls of the hotel’s belly, and the unbelievable views from its higher floors. When the hotel opens in August, all of its facilities including restaurants are expected to be fully open; the only exceptions potentially being one or two bars, but they will be soon to follow. Rooms and suites are decorated with sublime Arabic opulence in mind. Furnishings and décor are splashed with tinges of gold, silver and mahogany giving an all-encompassing feel of luxury. Adding to this the hotel has its own 18-hole championship golf course, designed by Peter Harradine, a 350-metre private beach and 1,650-square-foot spa.